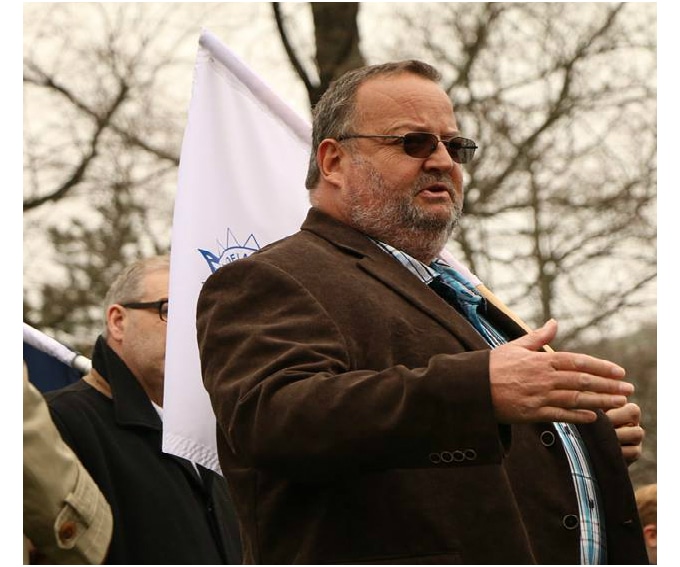 As 2018 comes to a close and we reflect on the past year we believe we have made some gains for workers in Nova Scotia. All unions affiliated to the Federation of Labour can take credit for moving the needle forward and that’s important.

A year ago we thought we would see a national pharmacare program and we know today that we’re much closer to a national pharmacare plan.  Our unions have worked hard to make sure it’s the right plan for all Canadians. The National Pharmacare Committee was put in place and has since heard from many people at its events and town hall meetings across the country, with two in Halifax, and now we await the committee recommendations.

Last year we wanted to get better PTSD coverage, and we did, and we were successful in having more workers included and expanding which practitioners could diagnose PTSD. First responders with post-traumatic stress disorder will now have an easier time accessing workers’ compensation benefits with the elimination to prove that a PTSD diagnosis is work-related. New rules will clarify who is eligible for presumption and who can diagnose PTSD. For a claim to be considered under the Act, PTSD must be diagnosed by a psychiatrist or registered psychologist. People can also re-file a claim even if they were denied benefits in the past and a PTSD prevention program will be developed in collaboration with first responders by next November.  We had more workers included after our efforts and we will continue to get all workers covered by PTSD legislation.

This past year, we lobbied hard to get paid days from work for those who face domestic abuse. We didn’t get the ten days we had fought for, but we did get three days, and we will work for more and are pleased that the Minister is open to this.

Minimum wage workers will have an extra $17 a week in their pockets as of April 1st, 2019 – a substantial boost of 6% compared to the typical 1.4% in years past. We need to put that in context for the 27,000 plus minimum wage workers in Nova Scotia. That’s $1,040 more in their pockets annually, the year before that raise was less than $200 annually. The fight continues to improve minimum wage here and across the country.

The Federation and some of its affiliates made submissions on pensions during the provincial government’s consultations. Protecting pensions is essential work, and we will continue to work with our unions to preserve pensions for workers in our province. We pulled our unions into a meeting with the superintendent of pensions to discuss issues and will continue to do this.

We continue to work with our union leaders who have members working in acute care and pulled a meeting together with the Minister and others in the Health Department. We will continue to hold these meetings on a regular basis with our union leaders, the Minister and department officials. The one thing in the last year that stands out is the fact that our premier said that an arbitrator would not settle contracts with workers. Well, that is precisely what happened.  That was far better than the other option, and that was to legislate agreements, which could have happened, but didn’t.

We also got our education unions and their leadership into a meeting with the Minister and department officials, and we will continue to work with the unions who have members in the education sector to ensure a more open line of communication between the Minister, the department and our union leaders.

On a federal level, we saw many positive changes to the national labour code, far too many for me to list here. We did win with our fightback with PSAC on saving the cleaning jobs in Greenwood N.S and to stopping the privatization of airports. We saw a ban on asbestos federally and five paid days for domestic leave in the federal sector.

We also saw some negative things against workers federally:  legislating postal workers back to work and the signing of trade agreements that hurt workers and tariffs imposed by the USA. Our Federal Government is offering workers a wage freeze and of course the fiasco of our federal workers not being paid under the Phoenix Pay System.

We will continue to defend our constitutional rights and have done so in N.S. with seven unions taking the legal challenge on Bill 148 to the N.S. Court of Appeal, along with other cases also heading to the supreme court of Canada. All these things happen when our unions come together and take a firm stance. The Canadian Union of Postal Workers (CUPW) is challenging the Federal Liberal Government in court on their back-to-work legislation.

In Nova Scotia, we are well on our way in preparing to make positive changes to labour standards, to improving workplace safety, ensuring that workers killed or injured on the job see those accidents investigated and criminal charges laid if warranted. As a movement, we must build hope for our members and in our communities. Changes to labour standards will see unions making a real difference for many workers. Our commitment as a Federation is to improve workplace conditions for all workers. Nova Scotia Labour Standards haven’t seen a full update in some 40 years.

We will continue our work with the skills training and apprenticeship branch to ensure workers can get the opportunities they need to improve their skills and red seal certifications. The Federation of Labour and our union leaders will continue to work with the government on making our workplaces safer in health care by participating in committee work on that front.

As the board chair of Literacy Nova Scotia, I will continue to work with our community-based learning networks to help ensure people get the skills training they need in their community to build local economies. More young people will be more likely to stay in the local community when they see good jobs and a robust local economy. Literacy NS is a leader on literacy issues in the province and in the Atlantic region. We support many local community based literacy groups.

We will continue to work and make sure that Nova Scotia taxpayers get the best for their tax dollars. We will fight the privatization of public services and work to ensure provincial spending by our governments focuses on local hiring and expanding opportunities for women, our Indigenous workers and under-represented groups.

While I think it fair to talk about the gains we have made here in NS, and Federally, we know and understand that the rights workers have struggled for, for many years, are under increased attacks across the board in our country and frankly the world. It’s up to us as people, as union members to become more engaged with our government and to hold them accountable when we must, but to also work with them to make the change.

This is essential work, and we must do more things like participating in panels like the one at the Federal Liberal convention in Halifax last April. The panel was on Canada’s Workers and a Stronger Middle Class, and was moderated by MP Rodger Cuzner. The panel members were Hassan Yussuff, the president of the Canadian Labour Congress, Janet Hazelton the president of the NS Nurses Union, and Robert Blakely, Canadian operating officer for Canada’s Building Trades Union. It’s in those rooms where we can make a difference.

I don’t think we are under any illusions for the coming year. As we see the shift in governments towards those who wish to take away workers’ rights and to hand out more tax breaks to the corporate elite, workers will be looking for fairness and union representation in the workplace. Our challenge will be to make sure everyone understands that unions are good for the workplace and our economy. Unionized workplaces are safer, offer better pay and benefits, all which help build a strong economic base in our province.