KJIPUKTUK (Halifax) – Here are just a few of the stories the Nova Scotia Advocate covered in 2018 dealing with the many ways racism continues to manifest in Nova Scotia. There are other stories as well, some we missed, some of those were picked up by larger newsrooms, and others no doubt aren’t on anybody’s radar.

Also, I could ( and probably should) have included our coverage of environmental racism, but I ran out of time. Next year.

In early 2017 a freedom of Information request revealed that proportionally way more Black people are stopped for a police street check than whites. 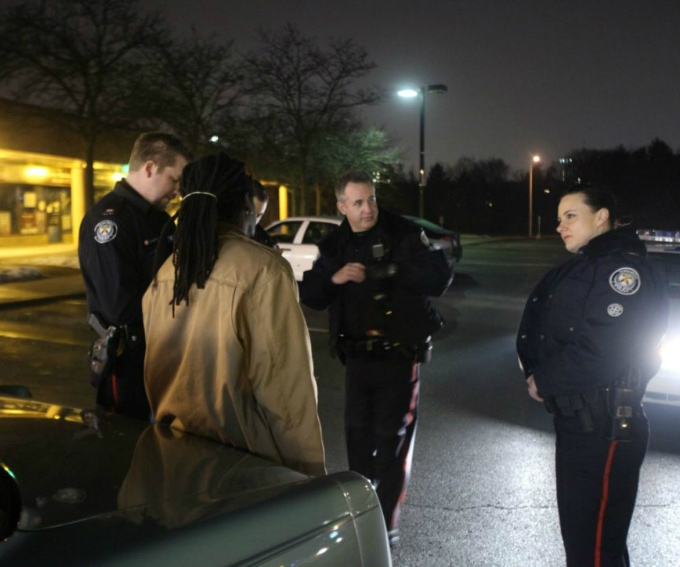 The Halifax Board of Police Commissioners effectively ignored that request, and with the assistance of the Nova Scotia Human Rights Commission (NSHRC) appointed Dr. Scott Wortley, an expert from Toronto, to determine what in the world could possibly explain these wacky numbers.

In 2018, in support of Wortley’s ongoing investigation the NSHRC organized community meetings in the Prestons, Lucasville / Upper Hammonds Plains and in Beechville.

We reported on that Lucasville meeting. Much like the meeting in the Halifax North End in late 2017, people expressed frustration with the entire analysis that Dr. Wortley is conducting. How many times do white people need to be told, they asked. That said, many Black people in attendance, again like they did in Halifax, related stories of arrogant cops and their aggressive and over the top behaviour. It’s scary how consistently that message is delivered by African Nova Scotians, and how equally consistently many white citizens and politicians shrug it off.

2018 was also the year that white allies became vocal in their support for the Black community. Solidarity Halifax, NSPIRG and other organizations joined Black activists in their efforts to gather support for an immediate moratorium. The Nova Scotia NDP submitted legislation that would accomplish such an end to the practice. With a Liberal majority that legislation was not allowed to proceed. 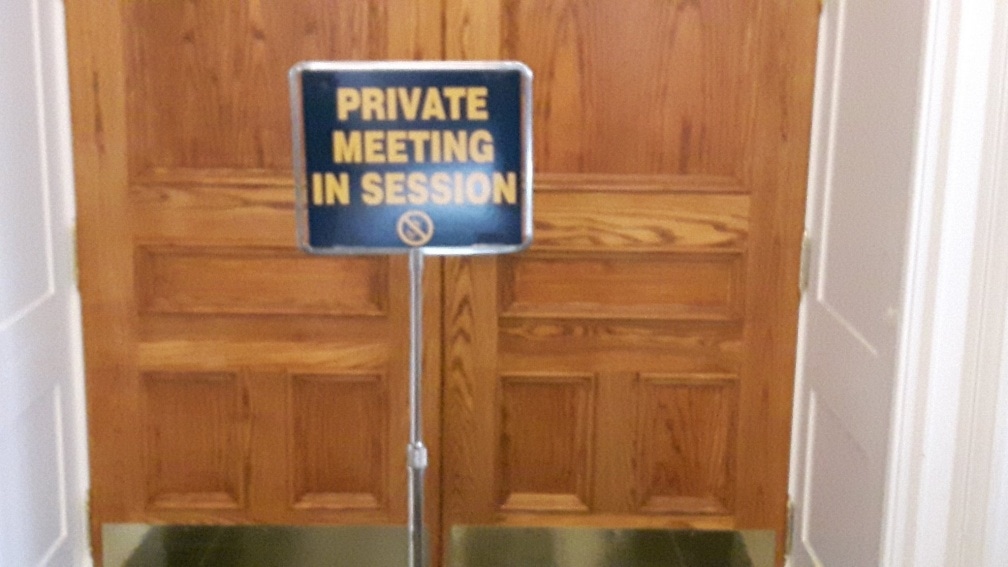 The year in carding ended with Dr. Wortley delivering a preliminary report in a special secret (and likely illegal) meeting of the Halifax Board of Police Commissioners in December. The final report should be ready sometime in January.

It took a rally of Black city workers earlier this year to alert the media that nothing much had changed for the better two years after an external consultant identified all kinds of racist practices at the workplace of HRM outside workers.

During these two years neither city management nor city councillors were able to make real changes, although you would never guess that from the upbeat progress reports issued by the bureaucrats.

At a press conference organized by Equity Watch, an anti-bullying organization that counts many City workers among its membership, Raymond Sheppard, a spokesperson for African Nova Scotian city workers said things in the Municipal Operations Program division have not improved since Halifax CAO Jacques Dubé famously apologized and promised to deal with these issues.

“In all honesty there has not been one thing done to deal with African Nova Scotians being passed over for promotions, hearing the n-word every now and then, not being considered for access to training, and so many more. All I see is people paying lip service,” Sheppard said.

And not even very convincing lip service, according to information gathered from a Freedom of Information request we submitted in 2017 and further reported on in June 2018.

Meanwhile we also heard, once again, about racism running rampant at Halifax Transit. In May we wrote how a Nova Scotia Human Rights tribunal found that HRM allowed racism to fester unchallenged at Halifax Transit. People, and especially residents of HRM, should read the lengthy decision for themselves.  It is atrocious stuff. Meanwhile an HRM lawyer argued that racist comments made by employees at Halifax Transit are protected by the Charter of Rights and Freedoms.

In November we reported how a newly formed group wants police and Halifax Transit to take verbal and physical incidents of racist violence on buses and in public spaces everywhere much more seriously.

At a press conference at the Glitter Bean coffee shop in downtown Halifax the group, Racism-free Transit in Halifax, said that such attacks on racialized people are becoming more prevalent, and that HRM institutions must give it the attention that it requires.

The group was formed after Dr. Isaac Saney, a Dalhousie University professor who specializes in Black Nova Scotian history, suffered verbal abuse and was threatened by a racist couple while he was travelling on the bus with his baby daughter.

In October we reported on a Halifax rally in support of Nhlanhla Dlamini, the young Black man shot with a high velocity nail gun by a co-worker employed with PQ Properties Limited of New Glasgow, Nova Scotia on September 18.

We also posted an excellent speech delivered by Angie Bowden at that rally, wherein she addresses the impact of such racist acts on the entire Black community in Nova Scotia, and especially also on its youths.

Stacey Dlamini, mother of Nhlanhla, wrote about the difficult topic of racism and complicity, “I wonder how the story might have turned out had someone on Nhlanhla’s crew said to the person who shot him, “Hey, why don’t you leave the kid alone?” What if they’d come up to Nhlanhla and said, “You know man, you don’t have to accept this kind of treatment. Let’s do something about it together.” What if someone had shown him some compassion or solidarity? Or even in the aftermath, some empathy? This experience would feel different for us.”

Many attacks never make the news, never get police involved, they might as well not have happened at all. Except that is, when somebody records the incident on a cell phone. Watch how a dispute about garbage in a Halifax park very quickly degenerates into a hateful diatribe full of racist and Islamophobic tropes. In Nova Scotia we have been spared the headline-producing Islamophobia we have seen elsewhere in Canada, for now. But it’s here, just below the surface.

Finally there was the heart wrenching story of a young Mi’kmaw woman, about the police officer who harassed her, her struggle to recover from an arrest and curfew for the possession of one single hydromorphone pill, the loss of her young son, and much more.

And there was more, much more

The decision to legislate away School Boards, the only non-partisan independent locally elected representation accountable to the people every four years is as clear an example of the “systems” part of systemic anti-Black racism, as any other, wrote Tina Roberts-Jeffers in early 2018. Pamela Lovelace and Suzy Hansen made much the same case.its efforts to deport

A press conference at Province House in downtown Halifax served as a reminder that the clock was ticking for Abdoul Abdi. Abdi is a Somali refugee who came to Nova Scotia when only six years old. As a teenager he got involved in crime, and as a consequence of these youthful mistakes he faced deportation. Nova Scotia shared much of the blame, a closer look reveals. After many court cases and protests Abdi was allowed to stay in Canada.

In March Founders Square cleaners were told that their services were no longer needed. because property manager Armour Group had contracted a new company, Deep Down Cleaning, to take care of janitorial services in the downtown Halifax office building.

That these seven Black workers, many of them recent immigrants, had dependents who relied on their employment, did not seem to matter at all. With barely two weeks notice their jobs were terminated, and no manager or boss involved in their firing really gave it much thought.

In an interview with the Nova Scotia Advocate Lynn Jones spoke about the Founders Square case, and the way the fate of the workers was discussed in the local press.

“We made our case, then the Armour Group comes along and without checking anything Metro apologizes for reflecting what we said. What does that tell you about reporter and newspapers? This is a prime example of what we keep having to put up with. The Armour Group said something, and now that’s gospel. Everything we said got wiped out. Readers who are following developments in the paper now think our info was incorrect and the employers must have been right all along. That’s what the paper said. Never mind that it was all lies.”