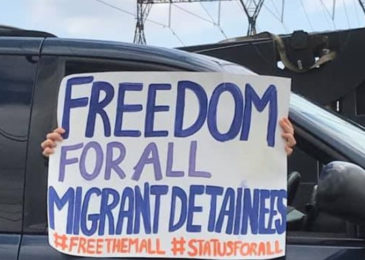 Pressure has been mounting throughout the country for the release of prisoners and migrant detainees. While federal officials have delayed action, COVID-19 infections continue to spread like wildfire throughout Canada’s prison system. Stacey Gomez reports. 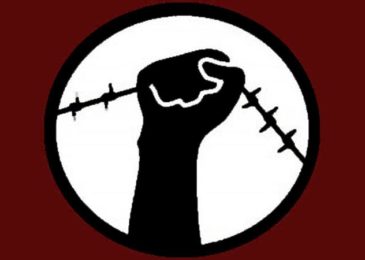 News release: In the midst of the COVID-19 pandemic, over 200 health care workers, community members, and organizations in Nova Scotia are urging provincial officials to ensure access to healthcare for migrants who do not currently have health coverage.

COVID-19 information for undocumented migrants and people with precarious immigration status in Nova Scotia. What to do if you have symptoms, community resources, help, and much more. 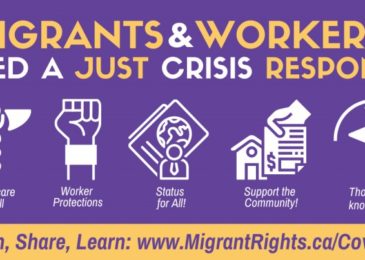 Migrant, undocumented, low-waged, racialized organizations across the country, including No One is Illegal – Halifax/K’jipuktuk, are calling on Parliamentarians to ensure comprehensive income supports are immediately accessible to everyone regardless of immigration or previous work status. There’s also a link to an on line petition. 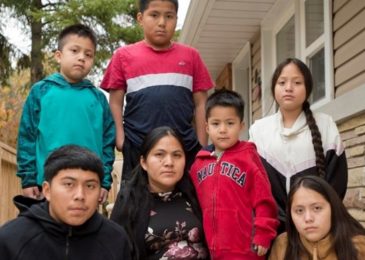 Twelve groups and organizations throughout Canada including No One Is Illegal – Halifax/K’jipuktuk (NOII-Hfx) have issued an open letter in solidarity with an undocumented family in Waterloo, Ontario facing deportation to Guatemala. Ahead of tomorrow’s expected post-election cabinet shuffle, they call on the Trudeau government to let the family stay in Canada. 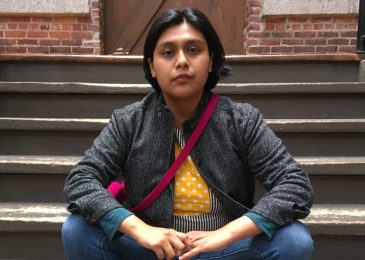 Early this week, Justin Trudeau was on the campaign trail in Atlantic Canada. On Tuesday, October 15th, he held a rally in Halifax, a key battleground riding for the party. There, No One Is Illegal-Halifax/K’jipuktuk (NOII-Hfx) organizer Stacey Gomez was blacklisted from participation in the event. NOII-Hfx, No one is Illegal-Toronto, Justicia for Migrant Workers and Solidarity Across Borders stand with Gomez and denounce this move by the Liberals, which they say reflects a racist agenda. 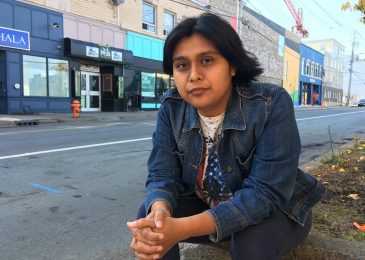 On Tuesday, October 15th, in lead up to Monday’s federal elections, Justin Trudeau spoke at Halifax’s Brewery Market. He was joined by Halifax MP Andy Fillmore. That evening, No One Is Illegal-Halifax/K’jipuktuk (NOII-Hfx) member Stacey Gomez was barred from participating in the event by the Liberal party. NOII-Hfx stands with Ms. Gomez and denounces this undemocratic move by the Liberals. 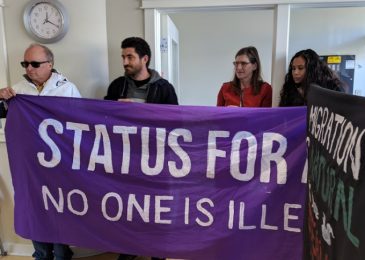 El Jones: “Remember that this is Indigenous land. And those rights were extended to settlers by Indigenous people as we see in the Peace and Friendship treaties. That is what should govern this territory. We live on these lands in this spirit of extending help and support to those who come here, as the Mi’kmaq did. It is status that is illegal, it is not people that are illegal.” 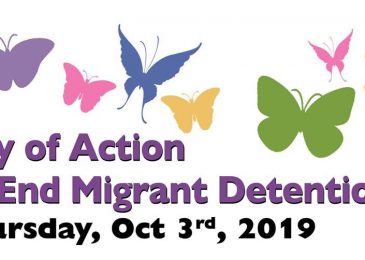 News release: On Thursday, October 3rd at 12pm Haligonians will participate in a multi-city Day of Action Against Canada’s Detention of Immigrants. Organizers and supporters of No One is Illegal – Halifax / K’jipuktuk will go to the campaign office of MP Andy Fillmore on Quinpool Rd to deliver a mailbox filled with letters from the public calling for an end to immigrant detention. 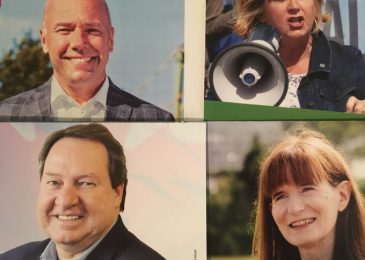 Already, we see racism and immigration emerging as key topics in this election and that includes discussions at the local level. At the September 12th “All Candidates Debate on Women’s Rights and Gender Equity” in Halifax, migrant justice was a key topic of discussion. Migrant justice organizer Stacey Gomez reports on where the four Halifax candidates stand.