“Eight of our workers received notice of layoffs or reduced hours at the Port Hawkesbury Nursing Home, says Caroline Latimer, president of the Canadian Union of Public Employees (CUPE) local 3630. 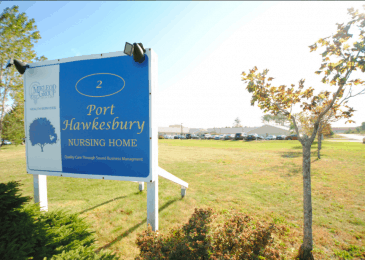 “If anything spending on long term care should be increased, rather than cut,” says Latimer, who has been a health professional for 17 years. “Even as it is, we don’t have sufficient staff.  We try, but we struggle.”

Late last week the Nova Scotia NDP issued a news release suggesting that in 2016 the provincial government cut more than $279,000 from 13 nursing homes and residential care facilities on the South Shore alone.

The cuts to these facilities were discovered through a Freedom of Information request submitted by the Nova Scotia NDP Caucus.

This year’s province-wide cuts, the result of an across-the-board one percent cut, amount to $3.4 million, the press release states.  In 2015 the long term care budget was reduced by $3.6 million.

In Port Hawkesbury people lost their jobs, others are facing reduced hours, and some even saw their hourly wages cut, Latimer tells the Nova Scotia Advocate.

“These residents worked hard all their lives, and they are paying good money for the care they receive,” says Latimer. “This is something Nova Scotians should be very concerned about.”

Two rallies to protest the budget cuts are planned for Wednesday August 17, at 10:30 AM and 3 PM,  both at the Port Hawkesbury Civic Centre.