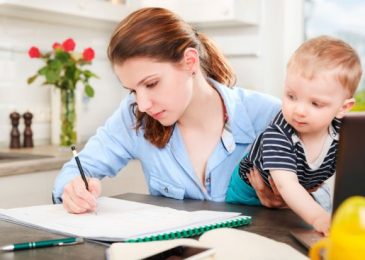 KJIPUKTUK (Halifax) – We continue our Lives on Welfare series with Suzanne’s story. This all happened in the late nineties. But I am still told of caseworkers who make arbitrary decisions and throw up unnecessary barriers. Not all caseworkers, but too many.

In a way Suzanne was lucky. The days that Community Services routinely supported students pursuing a secondary education are long gone. Of the 26,000 Nova Scotians on income assistance, in the last two years only six have applied for a program that allows them to continue getting help while attending university or college, Local Xpress reported earlier this year.

My first experience with social assistance was when I applied for welfare when I was seven months pregnant. This was in 1999. My parents were working class, not wealthy people. My dad worked as a quarry worker, my mom was an Avon lady.

After high school I worked minimum wage jobs for a couple of years, until I decided I wanted to go back to school. Three weeks into school I became unexpectedly pregnant.

When I applied for assistance I was told that I didn’t qualify because I was a student and received a student loan. When I said that student loans are not for the summer, and they are not for raising babies, the caseworker said that this is the policy. So I asked to speak to his supervisor.

I was crying. I wanted to go to school, I wanted to do better. I had finished my first year of university, I had three more years to go. I said “you are telling me that it’s ok to stay home and do nothing, and you don’t allow me to better myself.”

I called (then Premier) John Hamm’s office, and I called my local MLA, and my MP. I am still waiting for John Hamm and the MLA to get back to me, but the receptionist for the MP called back. She said you must have been mistaken, your caseworker says he never said that.

Anyways, I got my appointment, and I did get on social assistance. I didn’t have to drop out after all. I asked the receptionist what happened, and she explained that caseworkers call that screening. He figured you’d be ok, that you could figure out something else, she told me.

When  I moved to another town in my last year I had a different case worker, and she said you have not been receiving things you are entitled to. I was supposed to get help to pay for childcare, but I ended up paying for it out of mys student loan. I was supposed to get money for travel, and I wasn’t getting it.

I am a social worker now. I was going to be a teacher, but my experience of receiving social assistance is.the reason I went into social work. I worked for Community Services for a while, but not anymore.

I got off social assistance, but no credit to Community Services. And I know I am incredibly lucky. I met my husband and he supported me through my social work studies.

The reason I didn’t take no for an answer was mostly because it was my first experience with the system. That was why I felt so entitled and confident. That was my privilege.  Most people who’d been on assistance for a long time would just have accepted the caseworker’s decision.