KJIPUKTUK (Halifax) – This week’s weekend video is Cottonland, a 2006 documentary about recovering addict Eddie Buchanan and the damage the prescription painkiller oxycontin is doing to his friends and neighbors in Glace Bay,  Cape Breton.

It’s another excellent documentary by  Nance Ackerman, the same director who made Four Feet Up,  the story of eight year old Isaiah and his amazing parents dealing with poverty in Wolfville.  We featured Four Feet Up a couple of weeks ago. 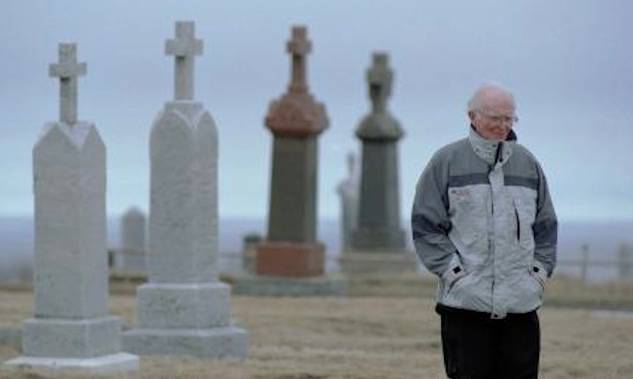 All the qualities that made Four Feet Up so good, Ackerman’s ability to get people to open up as if there is no camera present, her way of finding just the right image, of just happening to be there at the most intimate moments, they’re all there in Cottonland as well.

The addicts and former addicts featured in the documentary are exceptional people, loving parents, funny, with big hearts. They’re also thieves who do or did terrible things. You’ll like them.

Bad things don’t just happen in isolation. The documentary explores the connections between the addiction epidemic that is devastating the community and the shutting down of the mines.

Now that the local economy that relied entirely on coal has collapsed, the people who always worked hard are on their own, left without money, without jobs, and without much to do.  Meanwhile provincial and federal politicians look the other way.

Ackerman also takes us to Membertou, the First Nation community just twenty minutes down the road, where unemployment is almost nonexistent and the sense of community is  strong.

Membertou wasn’t always that prosperous and full of hope. Maybe Glace Bay as well can find a way out of the current malaise, Ackerman suggests.

Check it out here.