Seven years after Andrella David, a Black resident of Upper Hammonds Plains, was falsely accused of shoplifting at the Tantallon Sobeys store, the company finally made the commitments the community had been asking for.

All it took was for the Sobeys’ lawyers to step aside, says an overjoyed Rev. Lennett Anderson. 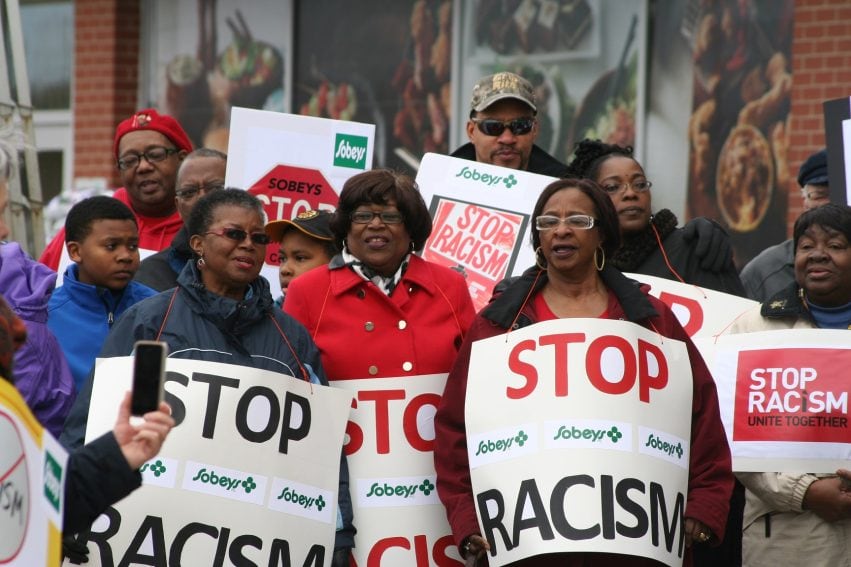 An apology and restitution was offered to Ms. David in August, says says Rev. Dr. Lennett Anderson of the Emmanuel Baptist Church in Upper Hammonds Plains. But the community was looking for more.

“Ms. David said all along that it never was about  money, it was about training on cultural competencies for your staff and your senior management, but the Sobeys lawyer was adamant that that would never happen, and they dug in their heels,” Anderson says.

That’s where things stood, until Rev. Anderson’s phone rang a couple of weeks ago. The call was an invitation to meet with Sobeys’ senior staff of the Atlantic region, without any lawyers present.

That made a difference of day and night, says Anderson, who together with Rev. Dr. Rhonda Britton of the Cornwallis Street Baptist Church, and Craig Smith, diversity officer with the RCMP attended the meeting.

“They asked, how can we turn the tide and show you that we want to be a place that welcomes you, celebrates you and treats you as a valuable customer,” says Anderson. “I walked away from that meeting just totally in shock and overwhelmed with gratitude for the shift in culture. Their lawyer didn’t do them any justice, that’s for sure.”

Sobeys is now planning a community event, welcoming the Black community back to their location. Sobeys want to offer an apology to the community of Upper Hammonds Plains, since all residents were painted with the same brush, Anderson tells the Nova Scotia Advocate.

And from refusing to consider staff sensitivity training, Sobeys is now going all out. Training will include all Sobeys workers, but also personnel of its subsidiary Lawton’s Drug stores, gas stations and others. There will be annual refreshers, and the training will also be mandatory for outsourced security staff, Anderson says.

Earlier the African United Baptist Association of Nova Scotia,  an umbrella organization for 19 member churches, had called for a consumer boycott of Sobeys stores in its communities across the province. That happened shortly after Sobeys appealed a decision by the Nova Scotia Human Rights Commission.

That boycott is off, says a clearly overjoyed Anderson.

“It was a very emotional day, I was pinching myself, did this really happen?”

Click here for earlier coverage of the Sobey’s profiling case by the Nova Scotia Advocate.