KJIPUKTUK (Halifax) – The pattern is familiar. Politician says something racist, he or she apologizes, all is forgiven.

Matt Whitman made a video last week. Sitting in a car, camera running, he yells “Chinese fire drill!”, he and a passenger get out of the vehicle, run around the car while screaming and laughing, and the two switch seats.

Hilarity ensues, because after all, ha ha, Chinese people, they sure are funny…. 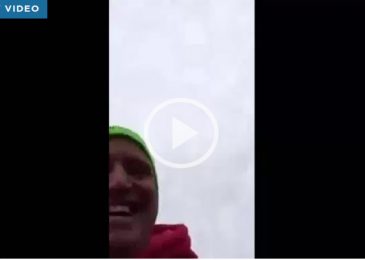 Next the Halifax councillor and wannabe MLA posts that video on YouTube so everybody can see what a hilarious guy he is.

Next he deletes the video.

Next comes  the apology.

“I apologize for my lapse in judgment and my unintentional use of what I now understand to be an insensitive term,” Whitman wrote on his Facebook page. “I never meant to offend or hurt anyone. I have learned from this experience.”

Next come all the white people on Facebook assuring Whitman they were never offended in the first place.  We’re a magnanimous bunch.

“Yes we hold public figures to a higher standard but when someone does something that shows they are still human, even when they do something as crazy (albeit funny as hell), we forgive them and move on.”

“It’s fantastic to see that you are a real person.”

“Some people are just always on the defensive mode, they sure wouldn’t like my sense of humour!”

Well, I am not forgiving these racist remarks. I am white, I never suffered the consequences of racism, it’s not for me to forgive.

What Whitman said was racist, the apology was formulaic and unconvincing. Furthermore, Whitman is not just anybody, he’s a longtime politician who should know better. Remarks and pranks like these have real impacts on real people, no matter what the intent was.

You shouldn’t vote for him.