Sometimes the results are funny, and people on Twitter and Facebook get a laugh out of the scab paper’s silly headlines, sloppy editing and error-ridden reporting.

And sometimes it’s not funny at all. 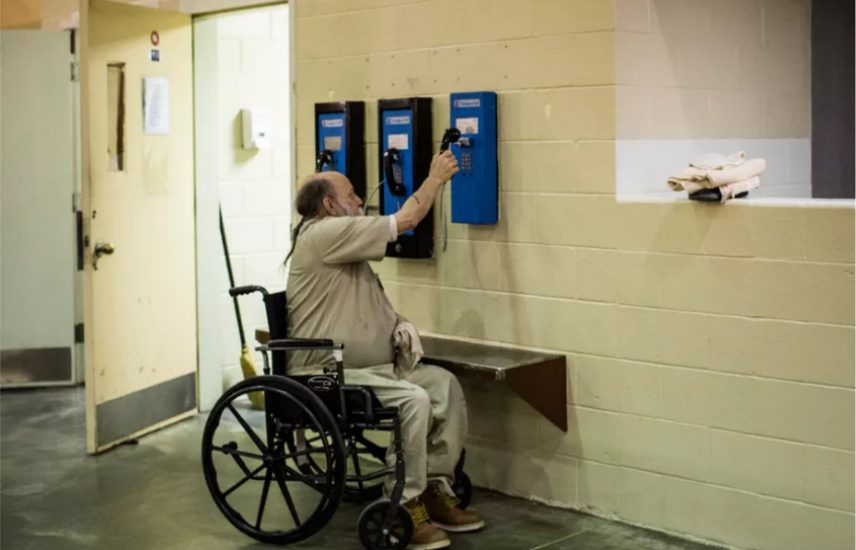 A story the Herald ran earlier this month about a petition prisoners initiated, demanding that something be done about high long distance charges collected by a corporation from Texas is an example of something very definitely not funny.

The anonymous Herald reporter simply quoted several paragraphs from the online petition and a few comments, and then allowed the spokesperson for the department of Justice to systematically deny and dismantle all the prisoners’ complaints unchallenged.

Prisoners were not asked about their experiences and they were not given a chance to validate doubtful assertions by the Department of Justice spokesperson. Nor were they asked if they even wanted the Herald to tackle the story.

Spoken word poet and prisoners advocate El Jones has supported the efforts of the inmates of the North East Nova Scotia Correctional Facility to get the petition up and running. She is not happy about the Chronicle Herald’s reporting.

“In the petition the prisoners mention how they need the issue addressed from the outside because ‘their voices only reach as far as these confined walls,’ and then the reporter doesn’t even bother talking to them,” says Jones.

According to Jones, who has talked with the prisoners since the Herald article was published, the Department of Justice response that prisoners get two free five-minute calls a week is not something inmates are aware of.

And contrary to what the Department of Justice says,  prisoners have seen no evidence that fees paid by the Texas company are used  for things such as “winter clothes for prisoners about to be released.”

“They didn’t talk to any prisoners, not even to advocates, they could so easily have talked to the Elizabeth Fry Society, they could have spoken to some of the prisoners’ families, they could talk to me,” says Jones. “I know how much they pay for calls. To say calls are not expensive, that’s a lie.”

Even just coming in and quoting their words in the petition without the prisoners’ permission is wrong, says Jones, and potentially dangerous.

“I don’t do anything without asking the people in prison what they want done. It takes incredible courage to put this petition out there. If people find out who wrote this they can be put in solitary for this,” says Jones. “So I would always make that decision with them.”

And then  there is the little matter of the strike. “Prisoners were not allowed to make the decision whether they want to break a picket line. It’s their petition that was being quoted,” Jones says.

We submitted several questions to the Chronicle Herald this afternoon, we have not yet received a  response.

Next Post Weekend video: On environmental racism and being white