Kendall Worth is a poverty activist and a frequent contributor to the Nova Scotia Advocate.

KJIPUKTUK (Halifax) – During Joanne Bernard’s time in the Nova Scotia House of Assembly she did very little to actually help people on social assistance.

I remember her saying that she was going to get everyone’s special needs reinstated that they lost under the former NDP government. This ended up being a broken promise. What happened instead  is that things ended up just getting worse for income assistance clients.

This is why I say “hey ho Joanne Bernard has got to go!” 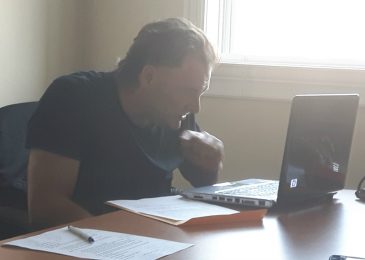 Yes, ESIA transformation did get started since she got elected. However, if anything is going to happen it sure is moving as slow as cold molasses.

Those 2 million dollars she used to pay an outside company to come in and make changes to the ESIA system/program, that 2 million could have been used to increase the income assistance rates.

For more insight on what I am talking about here I invite readers to have a look at my past Nova Scotia Advocate article. It appears to me that she is someone who is all talk when it comes to making life better for Nova Scotians who are on income assistance.

Joanne Bernard has to understand that by being the MLA for Dartmouth North a lot of people who she represents are on welfare.

I know this is because I myself have lived in that area of Dartmouth. From my days of being a resident of my old Dartmouth North address, I at one time used to be surrounded by people living in poverty as my very own neighbours. I remember  them living their lives in isolation and being stuck. I remembered people used to spend time loitering outside buildings including the exact building of my old Dartmouth address.

I will say that even though I never personally got to know most of them, you could tell by looking at them they were stuck, had mental health issues, and lived in poverty.

There were times when people loitering outside my old address, when I used to walk by them to catch the bus they would ask me if I had a bit of spare change or a cigarette. I would tell them no and keep going about my business.

These are examples of people who Joanne Bernard is representing in her community who in my view she is not even paying attention to.

Please support the Nova Scotia Advocate so that it can continue to support important but mostly unheard voices such as Kendall’s and cover issues such as poverty, racism, exclusion, workers’ rights and the environment in Nova Scotia. A pay wall is not an option, since it would exclude many readers who don’t have any disposable income at all. We rely entirely on one-time donations and a group of 25 or so dedicated monthly sustainers.

Next Post Op-ed: Bad for readers, bad for newsroom workers