KJIPUKTUK (Halifax) – This article here is going to speak of a person who lives in poverty and social isolation who recently talked to me about having to go into to the hospital for two different surgeries.

Her recovery period after the first surgery is only going to be one week. This is not so bad, she can do her housework and laundry before she goes into the hospital. But after the second surgery the doctor tells her she has to stay off her feet for eight weeks! For this person, that means eight weeks of living in social isolation.

Sadly, in her situation it is very unlikely that her family who lives far away will be able to come to Halifax and be with her for her care during recovery. Like many who are living in poverty she is single, lives alone, and feels isolated. 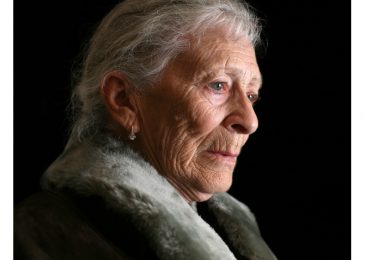 The only social contacts this person has are people she knows from attending the soup kitchens, the drop-ins, and standing in line at the food bank. She has trust issues with the people she knows through these avenues I had just mentioned, and for that reason she does not want those people coming to visit her at her apartment during her recovery.

I wrote about a similar case in my early days as a Halifax Media Co-op reporter. That story was about the difficulty for poor people to organize a ride home after day surgery, but how the hospital won’t take you in if you don’t have a ride home.

By the way, this person does have a phone which she has to pay for out of her $275.00 personal allowance. In her income assistance case it does not get covered as a special need.

The good news is that a volunteer who works at one of the drop-ins has offered to drive her home from the hospital following surgery. Also, during the eight week recovery this same volunteer will bring her supplies,,because this person is not going to be able to make her monthly visits to the food bank.

She is lucky that she is able to arrange this drive with one of the volunteers who work at a drop-in. Most volunteers who work at these places would consider doing a favour like this overstepping their boundaries.Otherwise, if she was to show up at the hospital for her surgeries and no one was with her to drive her home, her surgery would get cancelled right at the front desk when registering.

One thing she has been advised by people she talked to about her upcoming surgery is the possibility that during those eight weeks of recovery she may qualify for home care to come into her apartment to help her with certain things. She in not too keen on that idea because she does not want just any Tom, Dick or Harry coming to her apartment.

Meanwhile, she is stressed about eight weeks of isolation and worried about who she is can trust to come and visit her at her apartment.

Next Post How hunger and bad housing make you sick —The social determinants of health, part 4