KJIPUKTUK (Halifax) – This week I learned of a 23 year old man who has tried to get on income assistance, in fact he tried twice, and got denied both times by his local Community Services office.

Getting approved to receive income assistance is much the same process as the annual review people on assistance have to go through each year. It’s very much about the same information. My article All that’s wrong with the much-feared Annual Review, and how to begin to fix it explains a lot about the bureaucratic issues you face under those circumstances.

I just took a walk through the Public Gardens with this young man’s mom and she filled me in on why he got denied income assistance by the Community Services intake worker. 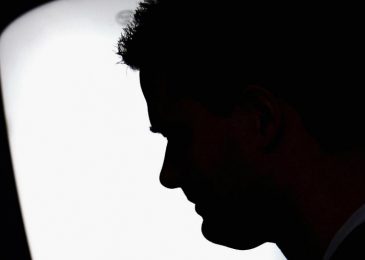 After applying the first time for income assistance and getting denied, he was told by a Community Services intake worker he had to wait 30 days before applying again. When he applied again 30 days later he got denied again by the same intake worker. This made for two months he was not able to afford to pay rent and bills. He recently had to borrow from a friend to pay his rent so as to not get evicted from his apartment.

It turns out he got denied for reasons that do not make sense and in my view are more examples of the systemic problems in the department.

First of all, even though the young man did submit all the required documentation, he received a letter stating that documentation proving his financial situation was incomplete, with no further explanation on what was missing.

What likely happened is that you have to take you bank statements for the past six months, so that the department can make sure that you do not have money put away. But his bank account has been inactive for two years and according to his mom that is part of the reason why he was told his documentation was incomplete.

Secondly, the young man, who has learning disabilities, and mental health issues such as depression and anxiety, was directed by the intake worker to get his family doctor to refer him to a psychologist.

As I learned myself when I was fighting a Community Services decision to take away my special diet allowance, a doctor cannot make that referral based on the reason that the department requested it. That’s not a valid reason for a doctor’s referral. In order for MSI to approve to cover the referral, the medical reason as to why the referral is needed has to fit within MSI criteria.

According to his mom the young man feels betrayed.  In the past he was already diagnosed with mental health issues and his learning disability. He also greatly suffers from depression and anxiety. At times he will lock himself away in his room for hours because of his symptoms.  These are disabilities that do not go away.

What is so annoying is that when he applied for income assistance, he showed up at the local office with the proper medical documentation and a letter from his doctor further explaining his conditions. But this intake worker made the decision he wanted to further question that. The real question is, what is the medical expertise of the caseworker that would allow him to question the doctor’s opinion?

His mom is very worried about where her son is going to get money to pay rent and bills this month. And she worries about his mental state.

Earlier I wrote about Why I support a guaranteed basic income. Perhaps if Community Services in Nova Scotia had the type of system I am proposing in this article then we would not have all this bureaucratic nonsense and overall we would have a much better system.

Kendall Worth is a poverty activist and the chair of the Benefits Reform Action Group.

Previous Post Labour and the very poor in Nova Scotia

Next Post Letter: Gentrification — we can start by opening our eyes