KJIPUKTUK (Halifax) – As part of its release of the 2016 census data Stats Canada publishes a series of thematic maps that shed light on where poor people live.

Altogether the news is grim.

The 2016 census data recently released by Stats Canada show that Nova Scotia and New Brunswick in 2015 continued to have the highest rate (22.2%)  of children living in low-income families. On deep poverty overall Nova Scotia also places first among Canadian provinces, with 17.2% of its population (or 155,000 persons) considered low income.

Those numbers are astounding, and the human misery hidden behind them is hard to fathom. But at the same time these numbers are hardly news. Over the years Nova Scotia has consistently performed badly in these categories, even though eradicating child poverty and poverty altogether is entirely a matter of political will. It’s not complicated, and not even all that expensive.

In terms of the thematic maps, this is what they show: 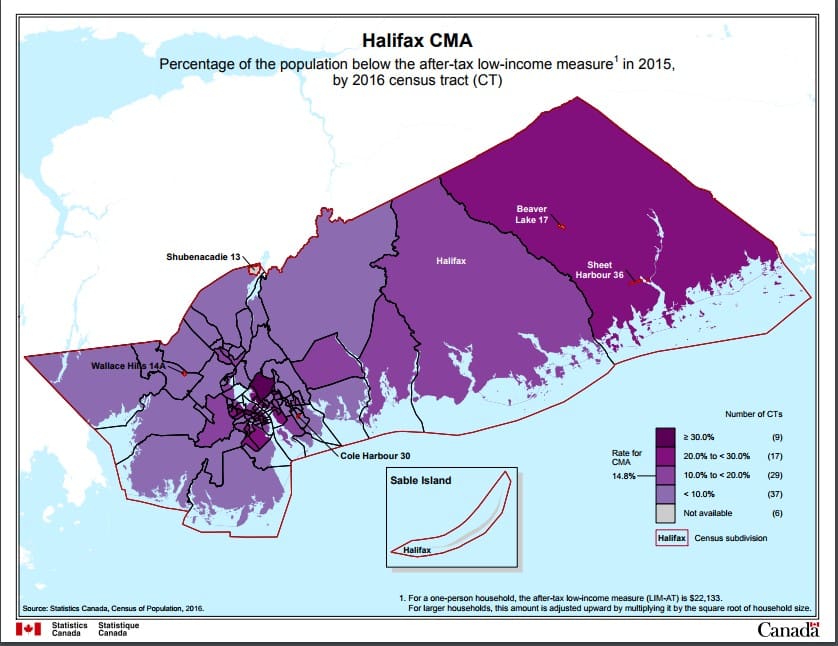 Even HRM is not all urban. Note how poverty is rampant in HRM East, in particularly in the Sheet Harbour – Musquodoboit area. 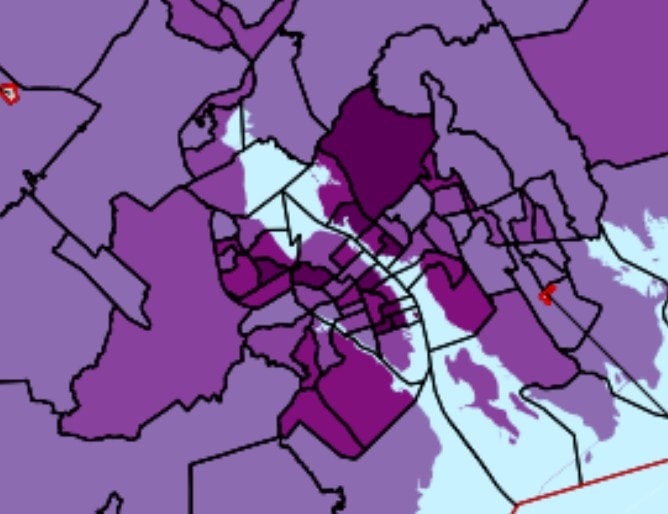 When it comes to Urban Halifax there are no real surprises. Pockets of deep poverty in the North End, Spryfield and Dartmouth North areas of the city.

Provincially, areas in the Annapolis Valley, Guysborough county, parts of Shelburne and Queens counties, Cumberland County, and Guysborough have 30%  or higher poverty rates. Think about it, one in three people live in deep poverty in those areas.

At an even more granular level we find a poverty rate of well over 30% in the towns of Yarmouth, Digby, and Parrsboro. Again, We’re talking about one in three residents of entire towns.

To be poor in rural Nova Scotia brings with it additional challenges. Affordable housing issues are as urgent, but manifest differently in rural Nova Scotia.  A lack of public transportation is another obvious difference, making food banks, potential jobs, and public services difficult to get to, and isolation and loneliness an added burden.

This lack of public transportation is probably also the reason we hear relatively little from people on low incomes in rural Nova Scotia. In and around Halifax we have groups like the Benefits Reform Action Group, the Community Advocates Network, and until very recently ACORN Nova Scotia, to offer mutual support and make some noise once in awhile. But how do you organize and speak out when you live far apart, and travel is hard?

Next Post The Professor has landed: Analysis of police check data finally begins