KJIPUKTUK (Halifax) –  Meet Ruby (not her real name), a 58 year old woman who is too ill to work due to rheumatoid arthritis in her spine.  She uses a walker, and sleeps sitting up in a chair because it’s too painful to lie flat. She also struggles with schizophrenia, exacerbated by stress.

About three years ago her husband, who made a good living with CN, walked out, and she hasn’t seen him since.

At the time, she hadn’t been working for little more than a year, but her husband had good insurance, and he helped her get around.  Now, it seems a lifetime ago that she lived in a roomy bungalow with a backyard with flowers in a nice area. 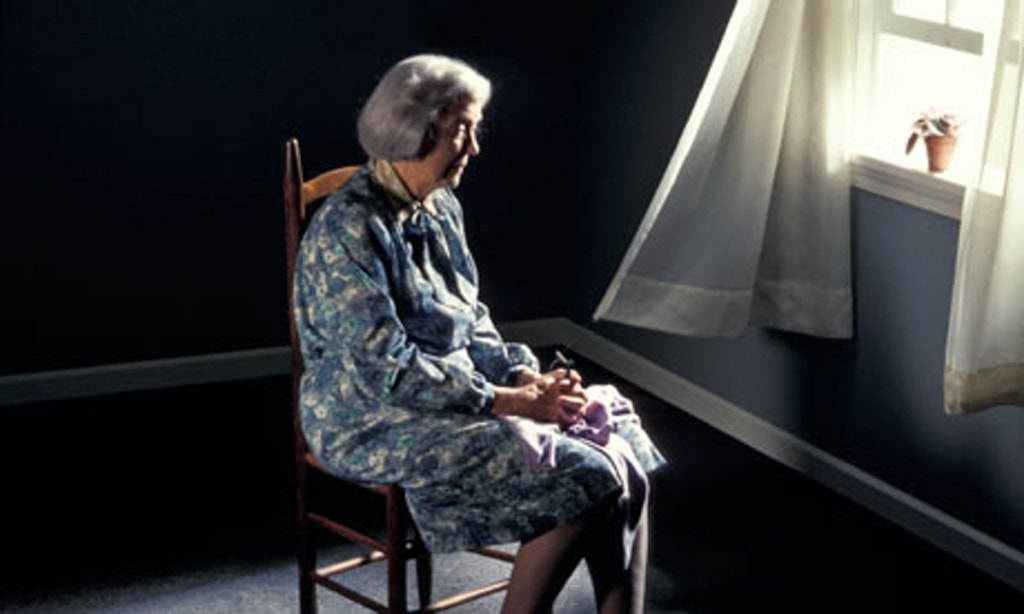 Ruby had no choice but to turn to Community Services for help. Being new to poverty, she says, is like living in a country where you don’t speak the language or understand the customs.

Ruby has no luxuries like the internet or cable television; rarely does she polish her nails with color. Instead, she jokes that she finds her entertainment through the colourful loud arguments wailing from the paper-thin walls next door.

Most of the neighbours are good and caring people, she qualifies, but she doesn’t feel safe enough to walk outside, especially alone.  She’s not fond of where she lives, but with the average cost of a one bedroom apartment in Halifax at around $1000 , this is all she can afford.

Ruby is witty, and uses humor to survive.  She can’t give up, though there are lots of times when she would like to. “I just need to learn the ropes in order to be safe and happy here.

But Ruby broke down during her annual review, after she was told she was no longer eligible to receive a special diet supplement, which meant she would be losing $150 each month.  She couldn’t help it. Between sobs, she told the caseworker about her schizophrenia, how stress made it worse.

The caseworker told her she could appeal, but when asked how, she was told that information was readily available. Ruby countered with the fact that she couldn’t afford Internet. She was then told to go to the library where free Internet is provided. Ruby said it was very difficult to get around; she didn’t have lots of friends that had cars, and was without family in Halifax. She certainly couldn’t afford a taxi, and even if she could, mounting  the steps on a bus was almost impossible.

“She didn’t care. She didn’t even look at me. At one point, the worker was jotting down notes, and Ruby thought she was documenting her concerns.  Instead, the worker finally glanced up and said, “What was that again?”

Ruby repeated the question. ‘Are you writing down my protests?” She said she was not, and repeated that Ruby could look up all she needed online. Ruby just stared, thinking, ‘This could be a bad sitcom.’

“I was so embarrassed. I had broken down into an ugly cry. Her caseworker didn’t offer a tissue. She reminded me that she had other people to see. I was beyond humiliation.” As she was leaving, the worker suggested that she go get a cup of hot tea and a sandwich somewhere, which might help what she called, ‘her outburst.’

“Are you going to pay for it?’ Ruby recounts with a smile. “Should have seen her face. Obviously she wasn’t expecting that. Still, if they can override what a doctor advises, what else might they do? I admit it, I’m scared to speak out. Every time I got to deal with them, especially for a review or something, it takes me days to get over the trauma.”

Ruby’s distress is not unique, as many people who rely on income assistance are fearful to come forward for fear that of retaliation, especially when they have children to feed, and clothe.The Employment Support & Income Assistance (ESIA) policy manual states that the department  will offer support beyond basic assistance if necessary for a client’s ‘health and safety.’ To override a doctor’s recommendation and cut this money is a direct contradiction to that statement.

Ruby receives approximately 800 dollars per month to live on. Rent alone is $620, leaving her with little over 200 dollars to pay for a phone, electricity and heating costs. Oh yes, and food. Well…when that’s possible.  This amount used to be higher, at about 935 dollars, back when she received money for a special diet.

Ruby finds companionship and support through friends that visit, adding that they often bring food. Still, she misses the active life she once knew. “I have such good memories of having a family, doing normal things, vacations, swimming lessons; my daughter and I used to be close. I don’t see her much these days, I think she might be embarrassed about me. Still, we’ve had terrific times. That’s what keeps me going, those memories.”

She also misses the social interaction of her once busy life. “This isn’t the life I envisioned,” she says.

“Looking back, I was naïve. I always thought Community Services would be…I don’t know, happy to help. It’s like I’m punished because I poor, because I don’t have much education, because I stayed home to care for the house, take care of my husband, my child. I did volunteer a lot back then, but it doesn’t seem to count for much.

“If I could work, you sure bet I would. Every little thing is so difficult with Social Services.  There’s always one more hoop to jump through, one more document needed, something else I should’ve told them.  I wouldn’t be surprised if they stood me in the corner for mischief. I don’t understand it. I just don’t.”