KJIPUKTUK (Halifax) – 53,000 Nova Scotians spend more on rent than they can afford. That constitutes 43 percent of all Nova Scotians who rent. That conclusion is based on a frequently used standard that defines affordable housing as housing and utilities that cost no more than 30 percent of a person’s annual income.

These numbers are derived from the recent release of housing-related data collected by Statistics Canada during the 2016 census.

By and large, these rent-poor folks are not wealthy people.  33,000 of Nova Scotia’s renters spend less than $1,000 per month on rent, but still exceed that 30 percent limit.

It gets worse. 24,000 Nova Scotians, or one in five people who rent, spend more than 50 percent of their annual income on rent.

Then there are the folks who hold a mortgage. They’re doing better, but still, 17 percent of all mortgage holders in Nova Scotia pays more than 30 percent of their annual income on shelter. 9,000 of them exceed 50 percent.

Census Mapper is a handy application that allows you to display census information on an interactive map. 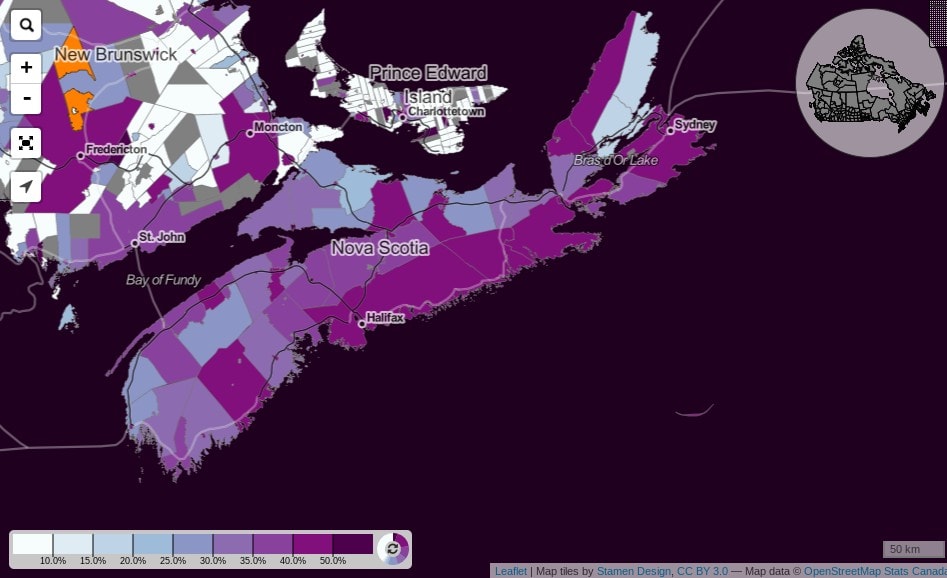 This is a screen print of Nova Scotia, courtesy of Census Mapper. Note the legend on the left bottom corner. It shows how in HRM between 40 and 45 percent of the renters spend more than 30 percent of their income on rent. 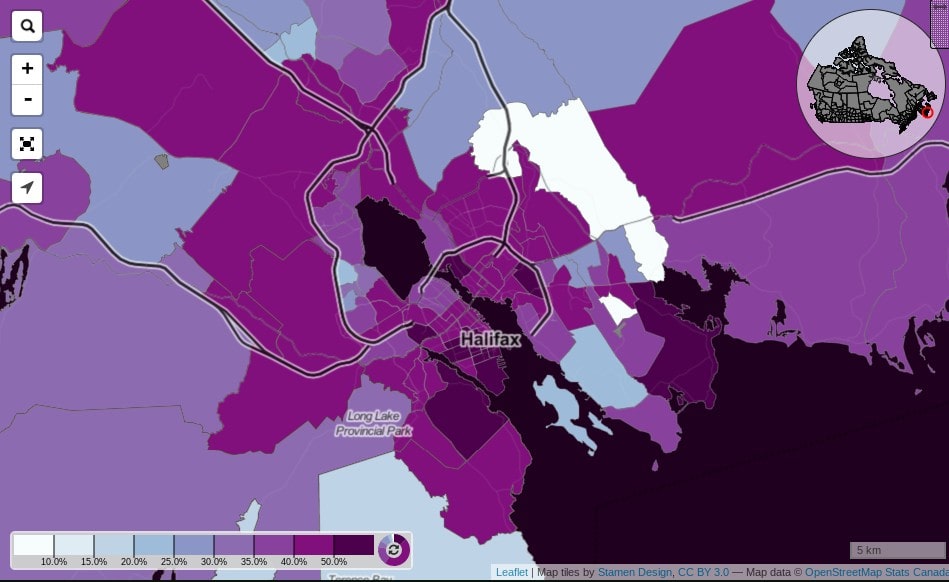 Here we zoom in to HRM. 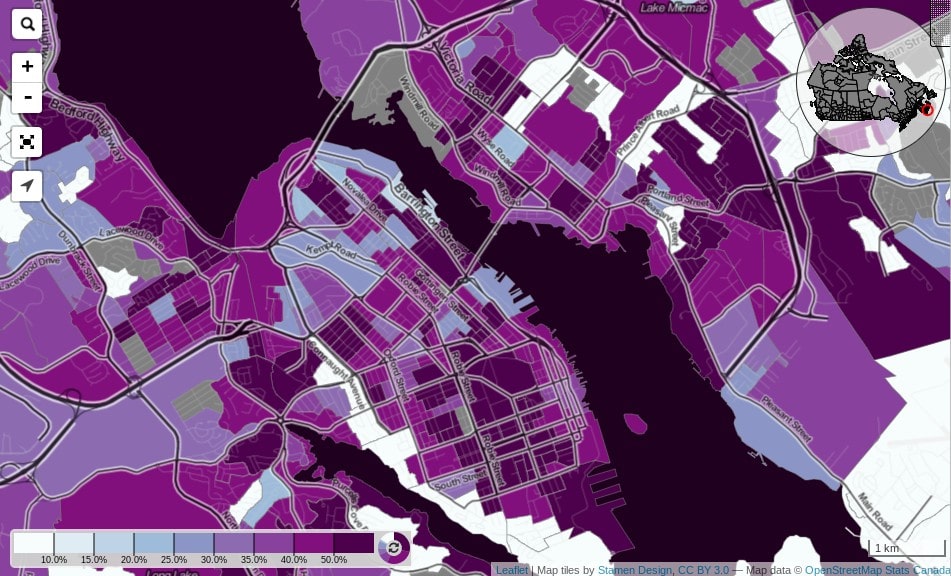 And here is downtown Halifax and Dartmouth. These screen prints are just to give you an idea. You really should check out Census Mapper yourself here. It’s very user friendly.