St. John’s, NEWFOUNDLAND — Environmental groups and an alliance of Indigenous peoples are in court today to argue they should be allowed to proceed with a lawsuit challenging an oil and gas exploration licence. The lawsuit challenges a decision to reissue an oil and gas exploration licence in the Gulf of St. Lawrence — home to more than 4,000 species including the endangered right whale and blue whale. “Our clients and Indigenous allies have engaged on this very issue for years,” said Ian Miron, Ecojustice lawyer. “These groups have a long history of defending the Gulf and are well-placed to bring this issue before the court.” 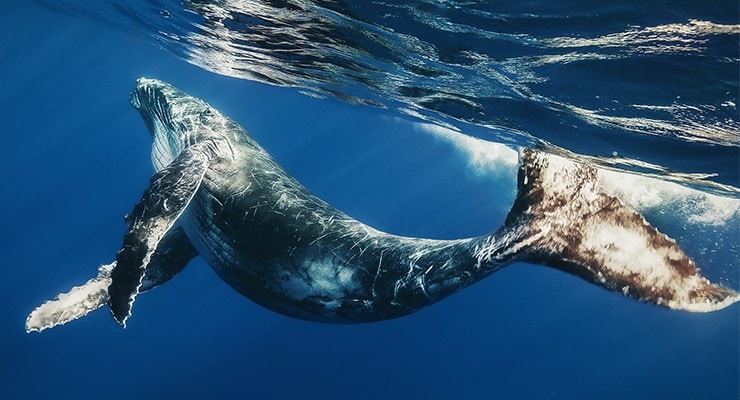 Ecojustice lawyers, on behalf of members of the Sierra Club Canada Foundation, Attention FragÎles, Nature Québec, David Suzuki Foundation and SNAP-Québec launched a legal challenge in May 2017. The lawsuit aims to reverse a decision by the Canada-Newfoundland and Labrador Offshore Petroleum Board (Board) to reissue an exploration licence for the Old Harry prospect in the Gulf to Corridor Resources Inc.

That licence issued in 2008 should have expired in January 2017, as mandated by a clear legal rule that places a nine-year limit to exploration licences. Despite this clear legal constraint and the importance the Old Harry region plays for surrounding communities and species, the Board issued a new, identical licence to Corridor. The groups believe that extension breaks the legally-mandated nine year term limit.

The Innu-Maliseet-Mi’gmaq Alliance for the Protection of the Gulf of St. Lawrence, are also seeking to intervene.

The Board has filed a preliminary application challenging environmental groups’ right to bring the case and opposing the Alliance’s participation in the proceeding, despite citing the duty to consult Indigenous peoples as one reason for extending the licence.

“We support the Alliance’s participation in this case. Indigenous groups have long demanded that federal leaders protect the Gulf of St. Lawrence, and we look forward to standing in solidarity with them before the courts,” said Gretchen Fitzgerald of Sierra Club Canada Foundation. The Gulf of St. Lawrence supports a wealth of marine life — more than 4,000 species, including right whales, species at risk like blue and beluga whales and the leatherback sea turtle. Innu, Maliseet and Mi’gmaq peoples have claimed title to or rights in the waters of the Gulf of St Lawrence and called for a 12-year moratorium on oil and gas there.

“The Gulf provides food for Indigenous groups and acts as a renewable economic engine for numerous Gulf communities,  powering a flourishing tourism industry and abundant fisheries, together worth more than $2-billion,” according to Sylvain Archambault of SNAP Québec and St. Lawrence Coalition.

The Old Harry prospect, located 80 kilometres from the Magdalen Islands, is in the migratory path for whales, salmon and cod.

“Numerous groups from the Magdalen Islands, including Attention FragÎles have been concerned by the Old Harry drilling project since the very start of the project. The island community has mobilized against this threat to protect the fishing and tourism industries as well as the insular way of life,” explains Danielle Giroux of Attention FragÎles and St. Lawrence Coalition.

Backgrounder:
Indigenous groups and environmental groups have long called for a moratorium on drilling in the Gulf of St. Lawrence, particularly in the absence of a comprehensive gulf-wide scientific study on its risks.

In the nine years since it was granted an exploration licence, Ecojustice lawyers will argue that the exploration licence issued to Corridor Resources in 2008 expired when they reached their legislated maximum. The C-NLOPB has since renewed Corridor’s licence in the Old Harry region despite the fact the company has been waived the $1-million drilling deposit three times, has not completed an environmental assessment nor has it received regulatory approvals necessary to start oil drilling.

Previous Post Book Review: A is for Activist, and Counting on Community –two children books by Innosanto Nagara