Anarcha, an enslaved woman who lived in Alabama in the mid-1800’s, was the victim of brutal medical experimentation at the hands of Dr. James Marion Sims, known to many as the ‘father of modern gynecology.’ Anarcha underwent as many as 30 operations in four years, without anaesthesia. 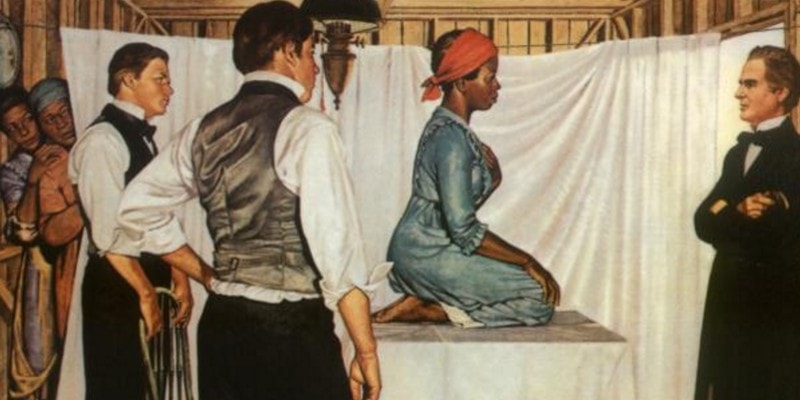 These experiments were performed by Sims in the name of finding a cure for fistula, a devastating condition, the result of a prolonged obstructed childbirth, and manifesting as incontinence (meaning the woman cannot control her urine or feces), and causing stigma and isolation from the community. Millions of girls and women worldwide are living with the condition.

“Kim Cain will live paint what we imagine it would have been like for Anarcha to undergo all these operations, being treated worse than we would treat even an animal. And then there will be spoken words presentations in honour of Anarcha by my mom, Afua Cooper, and Kilah Rolle,” says Habiba Cooper Diallo, the driving force behind the event.

Habiba first found out about the mortifying condition in 2008, through an article in a newspaper that described the life of a 14-year old girl in Niger who lived with fistula.

“For me it was shocking, and it was at that point that I said I need to find out more. I stayed with this condition ever since, trying to raise awareness about it, because it is so terribly devastating,” Habiba says.

Since that first encounter with the condition Habiba has founded the Women’s Health Organization International (WHOI), to bring fistula to the attention of the Canadian public. As well, she has published a novella  about the topic aimed at young adults, Yeshialem learns about fistula.

Tickets $10 through Eventbrite, $15 at the door

See also: Confessions of a woman who burnt down a town. A poem by Afua Cooper