KJIPUKTUK (Halifax) – Life is always hard for anybody on income assistance here in Nova Scotia. And then for some it is incredibly hard.

Meet Sophia (not her real name), who lives with a painful illness, raises a son who lives with developmental disabilities, and does all that on a $156 monthly personal allowance, after rent and power bills are paid, and an arrears to Community Services is dealt with. Please let that sink in. $156 per month.

I feel victimized by our government system. It makes me feel so worthless. We go nowhere, do nothing. We use second hand clothes. We live off processed foods. We don’t even visit friends or family. It has brought me to levels of depression that no person should ever have to go through.

When I tell people (how little I get) they think I’m lying, and looking for free handouts. So I have learned not to discuss my income. I just keep scrounging stuff and selling it and pray that Community Services doesn’t find out because they would come back on me for every little bit if they could. 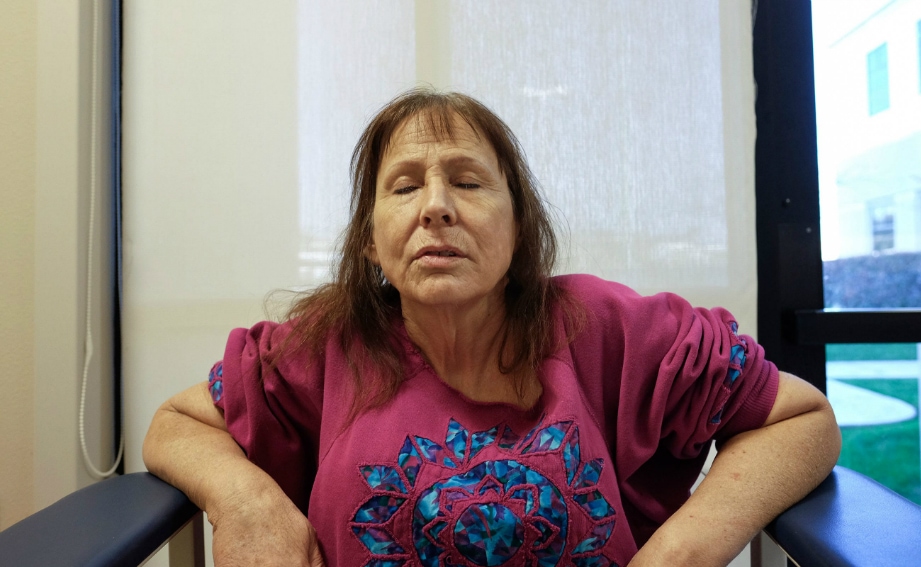 I don’t do drugs.I don’t drink. I know these are things people like to say people on assistance do.

I’ve been trying to sell my belongings online. I apply for the heating rebate. I’ve offered to clean houses in exchange for their junk to sell. Collected bottles before my health got worse. I do whatever I can to make do, because my income isn’t even matching up to most on assistance. I’ve learned to scrimp and save and go without and it’s a long battle.

As a child my family was also on assistance for a bit, so I was left alone, and I would always get bumps and bruises wandering the roads and woods, so when I complained of pain I wasn’t taken seriously.

Finally, when I was 12, I was laying on the floor and I felt a tight pinch in my back and I couldn’t get up. I called my mom but she thought I was playing games.After a while I was able to wiggle around a bit to try to get up and whatever was pinched in my back released. Two weeks later it happened again. My mom walked away again, but later that day she said it wasn’t like me to pull something like that, and she made a doctor’s appointment.

X-rays revealed a curve in my spine. In those days the surgery for this had a 90% chance of leaving me in a wheelchair. At 12 I was given the option to have surgery that would probably cripple me, or live my life in pain. I chose the pain.

After a car accident when Sophia was in her twenties the pain became unbearable.

My x-rays showed a disk herniated in the middle of the curve in my back. My ribs rub together. My bones are brittle. My Doctor said I had the bones of an eighty-year old woman. He said he had never seen someone with so much damage at such a young age. I was told not to lift over five pounds, to take calcium and vitamin D, and that my bones could break very easily. At the time I was trying to stay off assistance looking after two homes and looking after four kids. I had a dead end job and it wasn’t working out so I looked after kids every day and every night I had off.

The kids were great. The parents however ripped me off multiple times, so I started looking for another job. I walked five paper routes. I did hard labour, cleaning an industrial building. In between I still took in kids. My knees started giving out on me. My doctor told me I had to give up working, but fearing assistance, I kept going until I had no choice but to leave behind at least some of these jobs. I finally did as my doctor told me to, and I went briefly back on assistance.

I felt so trapped with four kids that I eventually found a job working for a delivery company, but then my dad got sick. I had to travel to look after him and had a very low income. I took on a second delivery job but lost that job when the company wanted me to risk getting hurt.

After my dad died I went to work working five jobs for three people trying to get back on track, but most of these jobs didn’t last.

I still continued to go to work, but my old beater broke and I was forced to walk, or go when I could get a drive for the last job I still had. I had a good reputation with this company, but I was in pain, and I had no vehicle and so I told my boss if he couldn’t accept the hours I was able to work, I’d have to give him my notice.

I applied for assistance which started a three months battle and involved my MLA before I could get help. I had to agree to paying them back for six weeks plus money I owed from previous help on my power bill.

After I reached the point where I would crawl and cry in pain daily, my doctor sent me for more tests. They said I had plantar fasciitis. I had continued to work for two years suffering with this. I felt there was more to it, and I pressured my doctor for more tests. They found bone spurs in both feet. My pain continued and I made multiple trips to my doctor, who lives in a community about half an hour drive away. When I asked my worker she told me they would only help with transportation once in a while, for serious medical issues.

Still, every step for me is painful. X-xrays have shown that not only is my spine curved and herniated and are my ribs rubbing together, but my neck is also severely damaged.  I also have problems with the lower part of my spine with more disks gone now. I lose my balance. Have a hard time with stairs. My teeth are all broken.

So you see why I feel so trapped? I just hang on for my kids because they never had their father. All they had was me, and I was the rock that everyone else was leaning on.

Let the government know that we need an increase in social assistance rates now, in this budget. Visit https://socialassistancereformns.weebly.com/campaigns.html for a sample letter. Email: budget@novascotia.ca Twitter: @NSFinance