This story was originally published on the Halifax Media Co-op website on August 11, 2014. It is anticipated that BP will start its offshore drilling off the Nova Scotia coast this spring or summer. Corexit continues to be part of the cleanup strategy if and when a spill occurs.

K’JIPUKTUK (Halifax) – A chemical known as corexit 9500 will be the main line of defense if an oil spill occurs once Shell starts drilling exploratory wells offshore of Nova Scotia. 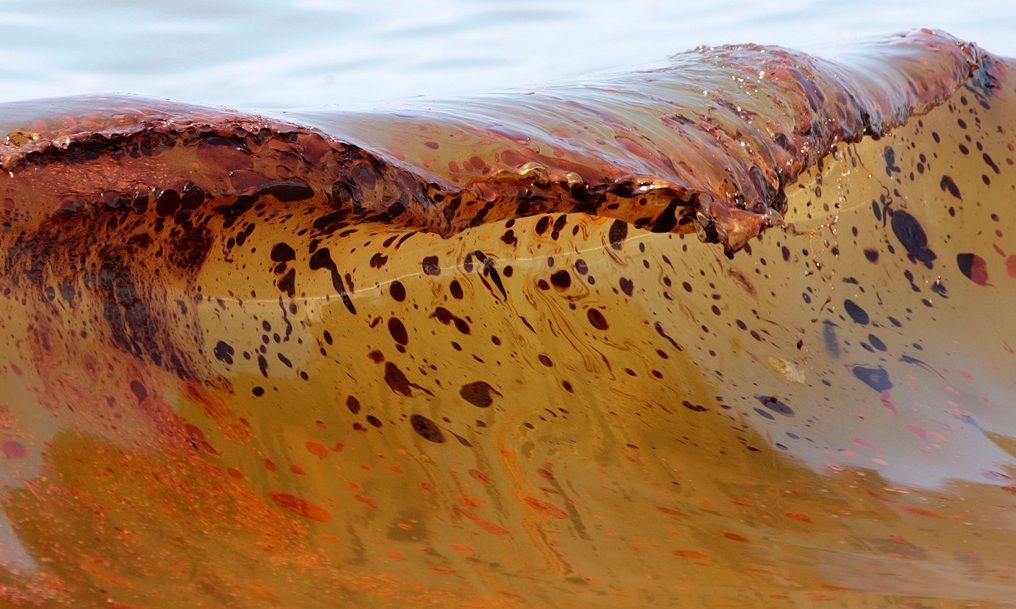 This becomes clear from Shell’s Environmental Impact Statement that is winding its way through the federal approval process.

Corexit, and other dispersants like it, are used to dissolve oil spills. It contains chemicals that break up the oil into tiny droplets that sink so they can be degraded by bacteria.

These same critics also argue that dispersants merely hide the effects of spills. Fewer visuals of birds covered in oil, but the trade-off are clouds of miniscule oil droplets floating below the ocean’s surface and settling on the ocean bottom.

Nearly 2 million gallons of dispersals were applied after the Deepwater Horizon disaster.

“Anecdotally we have heard a lot of stories from our clients who were in the Gulf having health effects after being exposed to corexit, whether they were on the boats spraying it, or nearby when it was sprayed,” Hanna Chang told the Halifax Media Co-op.

Chang is a Senior Associate Attorney with EarthJustice, a United States NGO whose lawyers litigate high-stake cases in defense of the environment.

After the Deepwater Horizon disaster Chang petitioned the U.S. Environmental Protection Agency to establish proper toxicity criteria and testing for dispersants. She also asked to make the chemical ingredients public.

“All the EPA-mandated testing is done under laboratory conditions,” said Chang. “[Manufacturers] put a certain concentration of the dispersant and the fuel oil in water, and they test it on only two species, a shrimp and a small fish called a silverside.”

“All of the marine life can die but as long as they show the EPA that they did the testing the dispersant can be lifted for use,” Chang said.

A report, The Chaos of Clean-up, co-published by EarthJustice and Toxipedia Consulting Services suggests that the use of corexit and other dispersants carries risk.

“From carcinogens, to endocrine disruptors, to chemicals that are toxic to aquatic organisms, some of the ingredients in oil dispersants are indeed potential hazards,” the report concludes.

For humans corexit is associated with cancer, skin and eye irritations, and kidney and respiratory issues, the report states. The report calls for more research, suggesting that the precise impacts of the various dispersants on the market are simply not known at this time.

Corexit may be toxic, but so is the oil it disperses.

Forcing the oil below the surface may limit images of oil-covered seabirds, but what the broken-up oil does to marine life is a matter of concern, scientists say.

A story in the Tampa Bay Times relays how much of the dispersed oil of the Deepwater Horizon disaster now lies buried in the sediment of the Gulf bottom.

And it quotes University of Southern Florida scientists who believe that’s not a good thing because from the base of the food chain all the way up marine creatures are now affected by that oil.

Meanwhile, oil continues to wash ashore on the Gulf’s coasts, now more than four years after the disaster, causing people to question how efficient corexit really is.

Shell could start drilling in Nova Scotia’s offshore as early as 2015. Environmentalists are worried.

“A lot of the [Deepwater Horizon] impacts weren’t from the oil, they were from the corexit chemicals,” Gretchen Fitzgerald of the Sierra Club Atlantic told the Halifax Media Co-op.

“Are they really cleaning it up or are they making this oil disappear from the surface so journalists can’t take pictures of it,” she asked.

Between March 20 and March 22, 2018, the Council of Canadians and the Campaign to Protect Offshore Nova Scotia are holding Town Halls on the risks of offshore drilling in Halifax, Shelburne and Lunenburg.

Next Post The provincial budget and poverty: underwhelming is the word