KJIPUKTUK (Halifax) – This year’s provincial budget does very little for people on income assistance. The government keeps Income assistance rates the same, while it offers a few crumbs to point to when criticized. 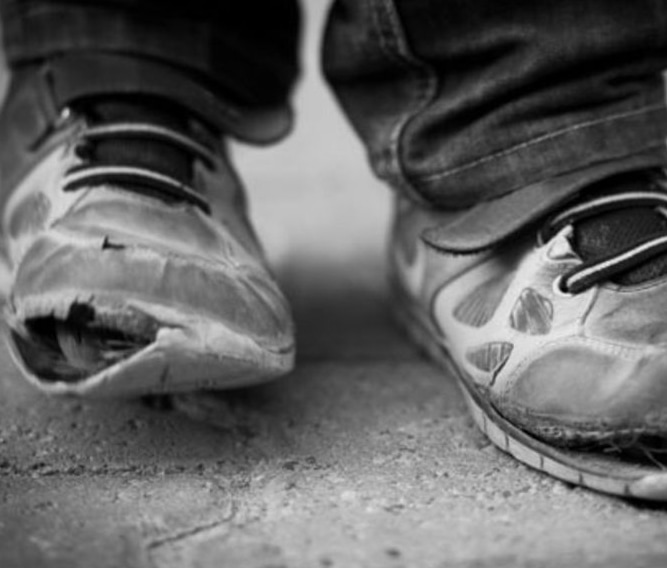 Readers of the Nova Scotia Advocate know that life is hard and miserable if income assistance is what you rely on. But there will be no increase in income assistance rates this year, as yesterday’s provincial budget made clear, and a lack of money will remain the problem.

As income assistance rates remain at the same low level, from year to year people have less money to spend because of inflation. How much they lose depends on their situation. A single parent with a two-year old child will receive some $15 per month less in real money at the end of this year than they had in January.

As we showed in an earlier story, by the time people on income assistance finally do get a raise in 2019, inflation will have made it disappear for most. You can’t call it a raise anymore.

It’s not all bad news.

Among the good news, the child support clawback for single parents on welfare will be terminated, likely in August 2018. Taking that support money was mean-spirited and often dangerous to the mother, so its elimination is reason to celebrate. Kudos to the activists who made noise about this injustice. At an estimated cost of a mere  $3.4 million per year, about 1 percent of the total budget Community Services spends on Income Assistance, it’s not even very costly.

It’s downhill after this.

Another $3 million dollar will go towards an increase in the poverty reduction credit, from $250 to $500 per year, only for individuals or couples without children who earn less than $12,000. That’s nice, but $20 per month is peanuts compared to what is needed.

People on income assistance will be allowed to keep more of the money they earn, but when that starts and how beneficial it will be remains to be seen.

There is money for affordable housing, and that’s a good thing. $12.4 million more to improve public housing buildings, which we know are in very bad shape. And  $3 million to offer 400 more rent supplements to low income Nova Scotians. This isn’t all provincial money, mind you, as it comes at the tail end of a two-year  $75 million federal-provincial agreement, with the feds kicking in about $54 million over that period.

There is $4 million for initiatives under the Blueprint to End Poverty, as part of a four-year, $20-million commitment. Last year it was mainly a grant program for organizations that offer supports for people who live in poverty. The word blueprint suggests a plan and a document with timelines and deliverables.The word blueprint also suggests something that ordinary citizens can read. This blueprint is neither. It’s just a piggy bank with a bit of money.

And finally people on income assistance who live in Halifax will get a free transit pass, although details are extremely sketchy at this time. As Kendall Worth pointed out recently, the free transit pass is not entirely a good thing if it means that people who are now receiving transportation money as a special need will see their allowance reduced. And it does nothing for poor people who live in rural Nova Scotia, where a lack of affordable transportation causes all kinds of problems.

Next Post Police street checks: Here is something everybody can do