KJIPUKTUK (Halifax) – As we write this the BP commissioned rig West Aquarius is on its way to the Scotian Shelf to start exploratory drilling for oil, something John Davis, director of the Clean Ocean Action Committee, very much wished wouldn’t happen.

Davis, who represents some 9000 Nova Scotians who make a living in the fisheries, argues that regulatory oversight is lax, and that BP is unprepared to deal with the eventuality of a major spill, a spill that would spell the end of the fisheries in Nova Scotia, and would deal a major blow to an already fragile economy in rural Nova Scotia.

Our interview, that I figured would take 15 minutes or so, ended after almost an hour.  Davis builds his arguments carefully and always points to research to back up his assertions. That approach takes time, but it was time well spent. What follows are parts of this conversation, lightly edited for clarity.

The CNSOPB is unquestionably, in the opinion of many competent and qualified people, a captured bureaucracy. They are so close to the oil and gas industry that to pretend that they provide functional regulatory oversight is just not reasonable. Unfortunately the same is true for our federal department of environment. Let me give you a few very specific indications. 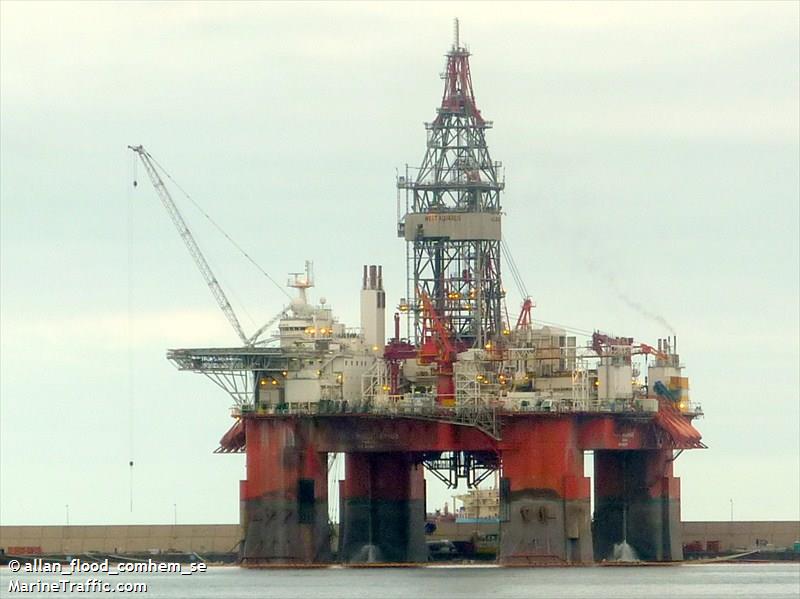 Part of the environmental impact statement that companies have to provide to regulators is an oil spill cleanup plan. Now, there is no plan to deal with any massive oil spill, except the use of dispersants.

We know that because of several recent reports, such as one published by the American Petroleum Institute that explains that in order to clean up a spill you have to be able to boom the spilled oil, get a boom around it so that it can be collected. The report shows that boom effectiveness drops significantly when waves exceed a height of 2 to 3 feet. As well, effectiveness drops when currents or tides exceed 0.75 knots. On the Scotian Shelf waves are almost always higher than that, just as tides and currents are always stronger there.

That is spraying contaminants on a contaminant, all the while pretending that you’re actually cleaning things up.

So if you consider those realities, then you absolutely understand that the only response that BP put forward is just to spray dispersants on the oil. That is spraying contaminants on a contaminant, all the while pretending that you’re actually cleaning things up.

In the fall of 2017 a Royal Society of Canada expert panel released a report on oil spill behaviours. It says “Research is needed to: 1) assess the toxicity of dispersed oil to deepwater corals, ground fish and invertebrate species that have high economic importance (e.g., lobster, crab, scallops); 2) model the distribution of deepwater plumes of dispersed oil in relation to areas of known fisheries productivity, such as the fishing banks of Canada’s east coast …”

That’s us! Those are our fishing grounds! It is important to understand that for (federal environment minister) Catherine McKenna and the CNSOPB to allow BP to start drilling they have to ignore this information.  It isn’t just the CNSOPB, it is an entire federal bureaucracy which is owned and operated by the oil and gas industry.

I represent 9000 people who are directly dependent on a healthy ocean and the renewable resources within it. We have immense concerns about this regulatory oversight that is in place for the oil and gas industry on the Scotian Shelf. It is inadequate, and we think that our resources are being put at risk for no good reason.

On the need to have a capping stack on standby

In 2010 (prior to the Deepwater Horizon disaster) BP assured US regulators that it understood and knew how to deal with a high temperature, high pressure, deep water well. But they lied, in reality they didn’t have a clue. What  they tried to do (once the Deepwater Horizon well blew) is to utilize shallow water responses to a high temperature, high pressure deep water blowout, and they could not do it.

The only way was to drill a relief well, and use that to cap the blown out well. In the Gulf of Mexico that ended up taking 150 days. Today they are drilling off the coast of Nova Scotia with no capping stack available, the closest one being in Norway.

Oil companies want to make as much money as possible, while spending as little as they can get away with.  We need regulatory oversight which demands certain accommodations, and to have a capping stack two weeks away isn’t sensible What BP suggest is that it could take two weeks to prepare the site to put the capping stack down. Well, maybe it would, but maybe it wouldn’t. It is just another regulatory roll over.

On the lack of public input

As part of the CNSOPB processes, it needs to show that they talked to all affected parties. They sent out a letter saying they would like to set up a process so that people could have a mutually beneficial exchange.

Next in a second letter they set up these ridiculous procedures, where they wanted to allocate 45 minutes for questions and answers for 8 to 12 groups. Everybody would get two minutes and then CNSOPB gets to write in its report that they talked to us.  We said no, we’re not going , this is ludicrous. That was some 18 to 20 environmental and fisheries groups that all said no thanks, we’re not going to be part of that. The process also excludes many individual Mi’’kmaq voices, although the Assembly of Nova Scotia Mi’kmaq Chiefs is a different story.

We sent a letter to McKenna demanding public hearings, but she actually refused. Can you imagine that? If fishermen wanted to insert themselves into this process somehow they were expected to write a formal brief. This is so grossly unfair.

On why it matters, and not just to fishermen

In 2017 the export value of fisheries products coming out of Nova Scotia  was $2 billion. The landed value of lobster at our wharfs is $600 million. If you use a very modest  economic multiplier that assumes that for every one dollar you generate four dollars of economic activity in your community then that is $3 billion of economic activity generated just by the lobster industry. That is a massive infusion into the provincial GDP, and if we treat these resources responsibly this will go on forever. In contrast, the best year that  Nova Scotia ever had in terms of royalty payments was $300 million.

But there is more. There are very few economic generators that actually deliver the dollars that they produce into rural communities, but the fishery is one. Other than the  fisheries, mostly it goes into urban areas. If the renewable resources on the Scotian Shelf end up getting destroyed in the quest for the finite potential of oil and gas it will massively negatively impact the economic health of the entire province, and particularly of rural Nova Scotia.

See also: “There is no precedent for what BP wants to do here.” Fisherman Colin Sproul on offshore oil exploration

Next Post Media Advisory #LetLucyStay: Solidarity vigil in Tatamagouche and across Canada for undocumented single mother, three days before her deportation