The complaint that was the focus of the tribunal was filed more than a decade ago by an individual identified only as Y.Z. in a decision issued by Lynn Connors, Q.C. in March of 2018, but only recently posted on the Nova Scotia Human Rights Commission (NSHRC) website. 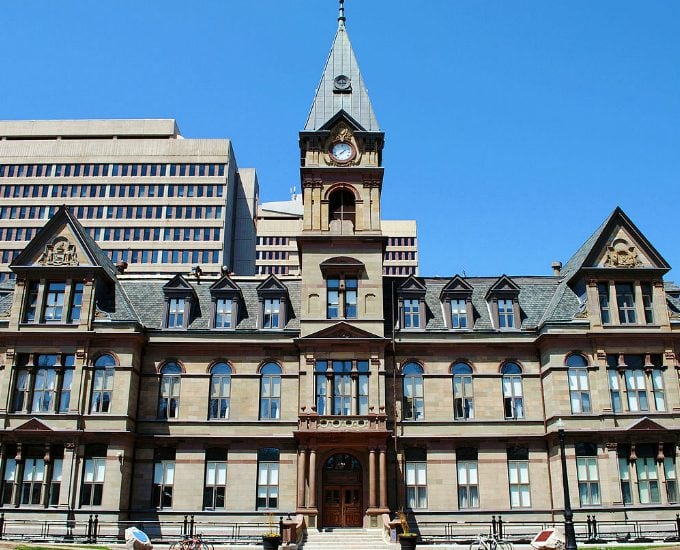 This is the second time in just a few years that there is documented evidence of racism at a workplace associated with HRM. In 2016 the Nova Scotia Advocate reported on horrendous discrimination faced by African Nova Scotian, female, disabled and gay employees of the HRM Municipal Operations division.

The recent NSHRC decision describes how Y.Z., a white mechanic at Halifax Transit, was haunted by managers and colleagues because his wife is African Nova Scotian and he had befriended and supported employees who were Black and Inuit and were subjected to racist slurs and threatening behaviour.

Connors finds most of the evidence in the case credible and also determines that HRM management did not act to effectively deal with the harassment.

We learn of a note in the men’s bathroom stating “all minorities not welcome, show you care, burn a cross.” Y.Z. also talked about almost being run over by a bus steered by a supervisor in what he believes was an attempt to intimidate and silence him.

Fellow workers of colour collaborated Y.Z.s testimony, and related examples of other racist incidents. For instance, an Inuit employee was told “I won’t be training any fucking Indians,” by a supervisor.

A Black worker was told, “Why do we have you here? [insinuating that Randy who is a visible minority, doesn’t deserve his job, and that his kind are not welcome here.”  That same supervisor told the same Black employee “Racism, racism, should be a law that you can shoot somebody and get away with it.”

People, and especially residents of HRM, should read the lengthy decision for themselves.  It is atrocious stuff.

“I apologize, on behalf of the Halifax Regional Municipality, to the complainant and family. While our organization has taken concrete steps to build a culture of diversity and inclusion, we have more to do,” writes Halifax CAO Jacques Dubé in a letter to staff this morning.

A NSHRC hearing is scheduled for Monday June 4 to determine the awarding of damages and possible mandated training.

To what extent such horrific racism still occurs at Halifax transit today, and what the City will do beyond the NSHRC-mandated measures we may never know.

As in the case of Halifax Municipal Operations Workers these things tend to be considered personnel issues. Discussions with Council, who presumably were kept in the loop as the human rights case proceeded, are held away from reporters and concerned citizens. Such as secretive approach is not good enough in cases like these, as I have previously argued.

Next Post Group calls for inquiry into racism, bullying at City Hall