Beat the recession . . . send us your forgotten gold
—forgottengold.com

Send the light settling in the dog’s eyes that last morning
koi in the murky pool at the Russian Tea House
prosecco at the edge of Positano
and hang-headed daffodils and field daisies like little noons.

Just last night, I heard the foxes barking
and thought of their cider-lit bodies
leaping again and again
toward the unripening grapes.

Where do we send such little failures
and conceits to shine?
How long should we jump?
How high must we reach? 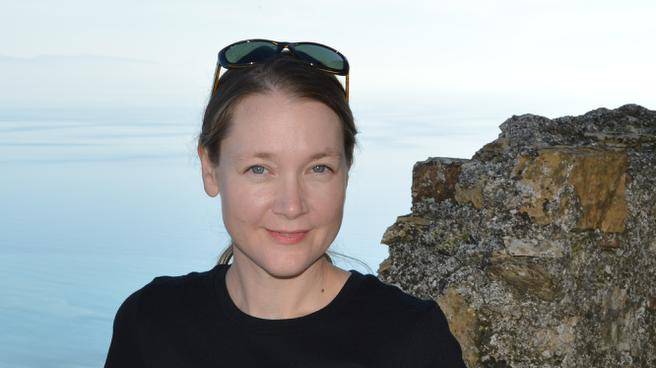 Cash-for-Gold, a poem by Tammy Armstrong, is the second of eight poems we will publish during the remainder of the year, selected as a result of the call for poems we issued a while ago.

Armstrong’s work includes two novels–Translations=Aistreann and Pye-Dogs–and four books of poetry: Bogman’s Music, Take Us Quietly, Unravel, and The Scare in the Crow, as well as the chapbook, The Varying Hare (Frog Hollow Press 2018).

In autumn 2018, she will be a Fellow at the International Writers’ and Translators’ House in Latvia. She lives in a lobster fishing village on the south shore of Nova Scotia.

Previous Post Op-ed: Something rotten in the Kingdom of Shambhala

Next Post More lousy reporting on poverty, this time in the Chronicle Herald