KJIPUKTUK (Halifax) – The notion that as a reporter you should talk to all parties affected by a story is often held up as what distinguishes real journalists from bloggers and spreaders of fake news.

Except, apparently, when the story is about poverty and social assistance. 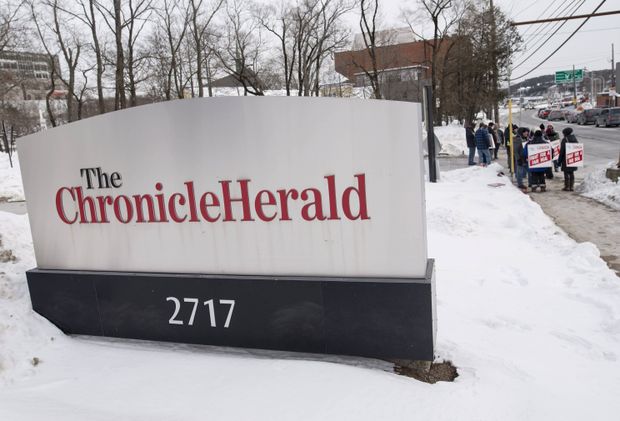 Earlier we wrote about a CBC interview with Community Services deputy minister Lynn Hartwell about the department’s proposed welfare transformation. That interview allowed many half-truths to stand unchallenged.

Now the Chronicle Herald takes a stab at it, with exactly the same results.  Not the first time either, in March Herald columnist Jim Vibert wrote an equally uncritical article without bothering to talk to anybody who actually can speak from lived experience.

Again we hear about a poverty reduction credit that is mostly hot air, and a reduction in wage claw backs that only affects the very few able to work in mostly miserable minimum wage jobs.

Again we hear about the roundtable discussions that supposedly shaped the new approaches to welfare being rolled out by the department. Never mind that these meetings have been widely rejected by many first voice folks and poverty activists who attended as nothing but orchestrated public relations exercises.

If there is any critical reporting on poverty at all, it usually consists of individual cases, mostly affecting the so-called deserving poor. Those stories are good, but what we desperately need are stories that tackle the big picture injustices that underlie these individual cases.

There are in Nova Scotia many articulate and knowledgeable critics of the welfare transformation measures that Community Services is rolling out bit by bit.

Many of these advocates and social assistance recipients have signed off on the Community Agenda for Social Assistance Reform (CASAR).

This coalition of some 30 organizations, women’s centres, and individuals all across the province are calling for an immediate raise in social assistance rates and truly meaningful consultation and collaboration.

Here’s a hot tip for reporters in Nova Scotia: Talk to the fine folks of CASAR also, next time you’re talking to the minister or the department’s bureaucracy.

For more info on CASAR: