KJIPUKTUK (Halifax) – Come September you won’t be allowed to have a smoke on a sidewalk in Halifax. Smoking cigarettes, I mean. 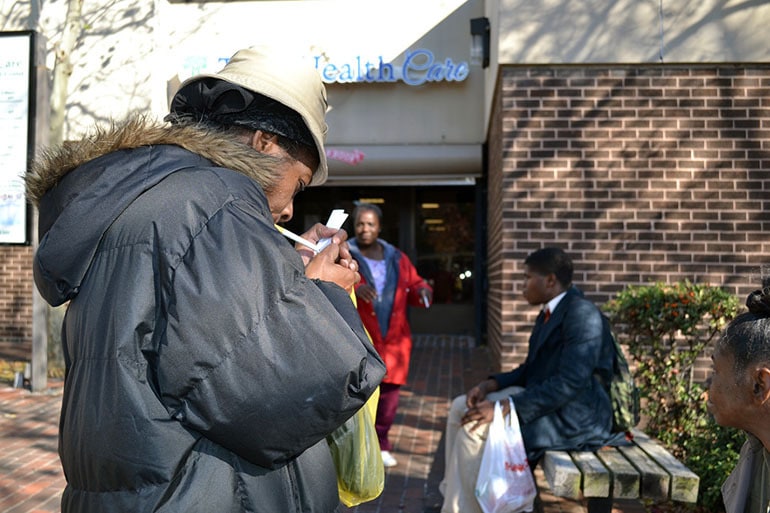 Fearing reefer madness when cannabis is legalized in October, Council this Tuesday passed a bylaw that allows lighting up either a cigarette or a joint only public spaces designated by the City.

This is because bylaw officers supposedly can’t easily differentiate between a joint and a cigarette, reports Zane Woodford for the Star Halifax.

This bylaw is of course unenforceable, and on the silly-scale right up there with the great chicken and cat debates of yore.

It’s also a bylaw that affects marginalized people more than any other group.

Stressed out poor people, and people with mental health issues such as anxiety and depression, are addicted to cigarettes more than any other segment in the population. People with schizophrenia are three times more likely to smoke, and they tend to smoke more heavily. It’s a coping mechanism.

Not only will their lives be even more difficult and stigmatized, there is also a real risk that the bylaw will be used for purposes other than it was designed for.

Shopkeepers can now report panhandlers who light up. And what a great way to keep homeless people out of your neighborhood!

I don’t believe any of this was fully considered when the bylaw was debated, but it should have been.

Next Post Kendall Worth: Celebrating life is a right, not a privilege