While the large number of pedestrians hit on our crosswalks has been occurring for years, decades possibly, it sadly has not resulted in any right measure to address the root causes of these frequent accidents. 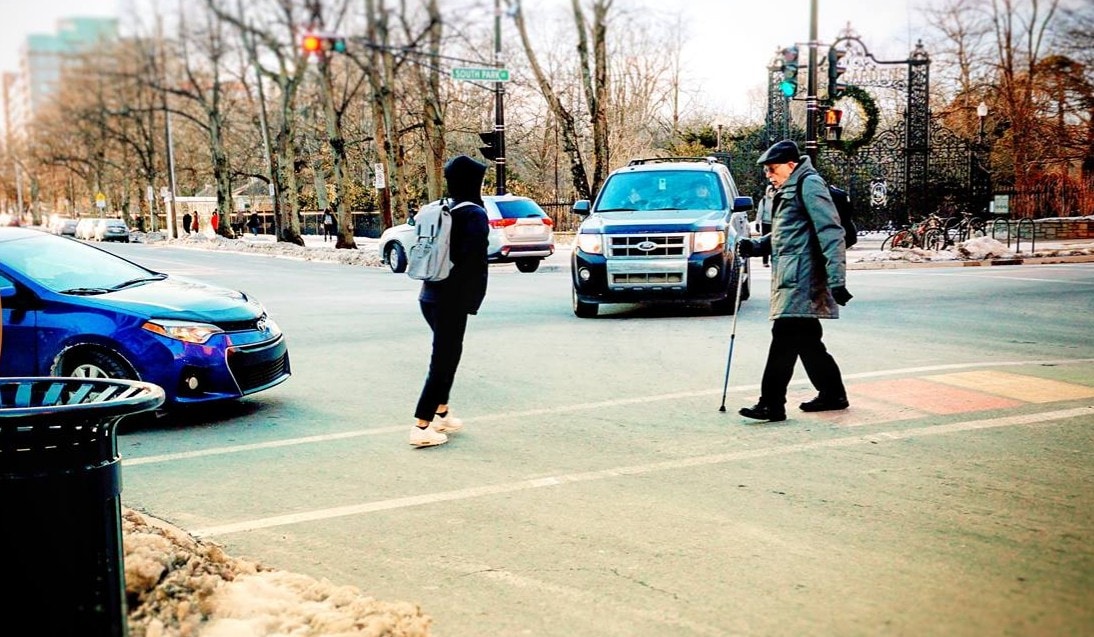 Halifax is keen to promote active transportation, but vulnerable road users need basic safety on our streets, especially when they use a crosswalk.

Haligonian pedestrians frequently express their frustration with walk signals at wide signalized intersections which do not give them adequate time to start and finish their crossing, but the biggest hazard is caused by traffic that turns and moves over the crosswalk while the walk sign is on and pedestrians are still crossing: Right turns on red and green traffic lights and left turns on a green light are statistically the most common causes of traffic hitting pedestrians in HRM.

Turning traffic at signalized intersections creates an extremely complex and dangerous cross for pedestrians – although illegal, vehicles do move over the crosswalk from all angles while pedestrians cross. Unless you can twist your head like an owl and be ready to move like a cat throughout the whole time you are crossing, such a signalized intersection is an extremely dangerous location to cross a road in Halifax.

There are plenty of drivers ready to provide an explanation for the high number of accidents on signalized intersections on crosswalks – distracted pedestrians crossing at the wrong time when the walk sign is off. This does happen, and it is dangerous, but it doesn’t seem to be a significant cause of pedestrians being hit by traffic. Local police accident data tells us that only 11% of Summary Offence Tickets issued following pedestrian/vehicle collisions in 2017 were issued to pedestrians, whilst 89% went to drivers.

A remedy to the constant battering of pedestrians at signalized intersections is widely available, inexpensive, and does not delay traffic for longer than a few seconds. A small adjustment to our traffic lights could give pedestrians a few precious seconds “head start” on turning traffic.

Traffic lights can be reprogrammed to remain red for a short period to allow pedestrians to start walking without the threat of traffic turning over the crosswalk from behind, to the side and ahead of them. These precious few seconds head start, called a “leading pedestrian interval” have been shown to significantly reduce accidents involving pedestrians at signalized intersections by up to 60%, report the National Association of Transport Officials (NACTO). Their widespread introduction in New York has been hailed as a major Vision Zero success story.

A trial of leading pedestrian intervals, to be implemented in limited locations, has just been announced. But why do we need a trial for this decades old and widely recommended solution which has been transformative with reducing incidents involving cyclists and pedestrians in cities all over North America? When we have several accidents a month, a week even, and consistent historical data telling us that turning traffic at signalized intersections is the most common cause of pedestrians being hit by traffic, we just need to get on with implementing this essential remedy to as many intersections as possible.

Even better, the lights for left turning traffic could remain red the whole time the pedestrian is crossing. Surely this makes sense seeing as our skin offers so little protection from impact with a vehicle? This measure, called a protected left turn phase, is the pedestrian equivalent of the protected left green arrow/directional traffic light turn for traffic where oncoming traffic has a red light so traffic can turn safely without conflict. This protected left turn phase for peds has been in place in some limited locations in Halifax (try crossing at Young/Kempt), but no plans to extend this essential safety measure have been announced.

Another easy and cheap fix available to our authorities is to restrict right turns on red at our intersections –  a dangerous manoeuvre which results in a disproportionate amount of incidents where pedestrians and cyclists are hit by traffic. Can vehicles wait a few seconds to allow vulnerable road users to cross in safety? It won’t result in Halifax grinding to a halt.

With no guarantees from the authorities on when and where our signalized intersections will be adapted to make them safe for pedestrians, we are left guessing how many more pedestrians need to be hit before our municipality acts and we reduce bloodshed on our streets.

If you walk, cycle or use a wheelchair and are affected by road safety issues, please join HRM Safe Streets for Everyone. If your local crosswalk needs a crosswalk flag, please contact the Crosswalk Safety Society.