KJIPUKTUK (Halifax) – It’s been over one week since a Town of Amherst meeting to deal with George Baker’s racist slur was canceled because quorum wasn’t met.  Yet no new meeting has been announced yet. 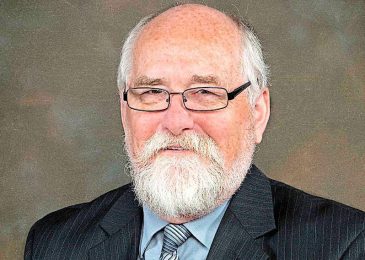 Earlier this year we heard that current councillor and mayoral contender Baker admitted using the ‘N’-word. One Council meeting and two scheduled Police Board meetings later, nothing has happened.

Nobody in Amherst remembers any police board meeting ever having been cancelled. But faced with surely the most contentious and most publicized issue in a very long time, the Town administration appears paralyzed, unable to even set a date for a new meeting.

“The more this drags on, the more it places a great town to live under a rather negative microscope, Hal Davidson earlier told the Nova Scotia Advocate. Davidson is the Amherst resident who filed a formal complaint against councillor Baker that triggered the chain of failed meetings.

The publicity around the racist incident and the Town’s handling of the issue has been very painful to many residents.

“The N-word is NOT JUST ANOTHER WORD. It is our history of segregation and slavery embodied. It is my grandmother not being able to eat at the table with everyone else, it’s the family friend being stopped by the police four times as he was walking home,” a former resident wrote in a guest op-ed for the Nova Scotia Advocate.

Something is in the works, writes Town of Amherst CAO Greg Herrett.  “We have been working on scheduling a meeting. I expect that an announcement will be made shortly.”

Dates have been set for two police board meetings specifically to deal with councillor Baker’s racist slur.

A press release issued yesterday in the late afternoon reads as follows:

The Amherst Board of Police Commissioners has scheduled two meetings to address the complaint of Hal Davidson regarding comments alleged to have been made by Councillor George Baker.

The first is scheduled to be held at noon on Friday September 30, 2016. The purpose of this meeting is to gather information and determine whether the Commission is ready to proceed to a decision on the complaint. Councillor Baker will be given an opportunity to present his point of view and will be available to answer questions from the members of the Commission. The Commission will be asked if they have enough information to make a decision on the complaint.

Should the Commission determine that it is ready to make a decision, it will be asked to do so at a second meeting at noon on Monday October 3, 2016 after having had the opportunity to reflect on the issue over the weekend.

Should the Commission determine that it requires more information, it will be asked to consider a proposal to engage an independent person to write a report on the issue and cancel Monday’s meeting. Councillor Baker has advised the Commission that he wishes to proceed with this issue without the assistance of legal counsel. Both meetings will be held in Council Chambers at Town Hall, 98 Victoria St in Amherst.