KJIPUKTUK (Halifax) – The Nova Scotia Human Rights Commission (NSHRC) will lead a narrow investigation into the practice of carding (or police street checks)  in Halifax. An expert will be hired to determine if discrimination actually occurs.

Meanwhile Black people will continue to be targeted.

The investigation is launched in response to a letter by several Black community members who are concerned that Black Nova Scotians are being racially profiled by police. 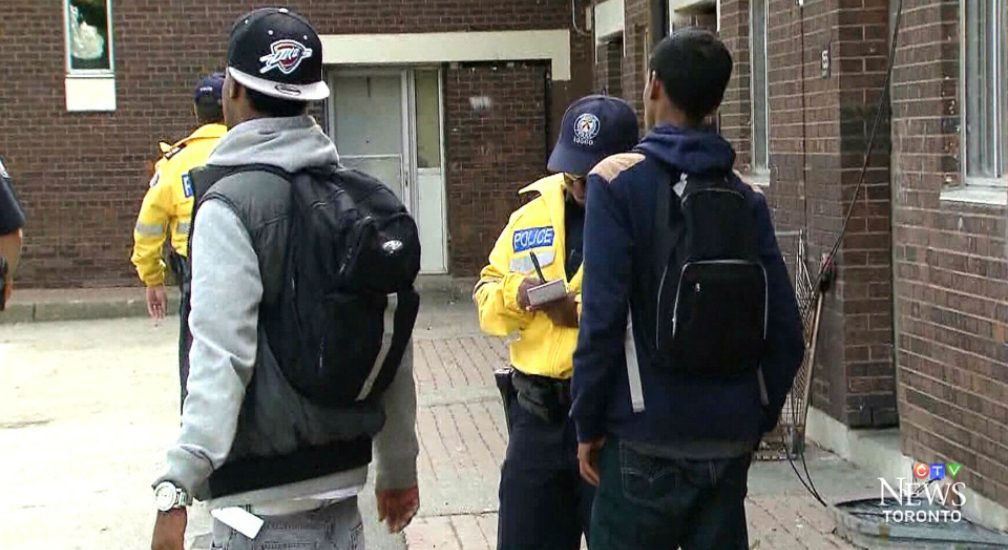 The first step will be the hiring of an independent investigator to better understand the statistics gathered to date.

The CBC reported at the time that the letter asked not only for an investigation, but also that police immediately halt street checks because the practice violates citizens’ individual rights under the constitution.

It doesn’t look like the investigation by the NSHRC will trigger any such end to the practice of carding.

“This is not a formal investigation, this is a collaboration,” Christine Hanson, CEO of the NSHRC told the Nova Scotia Advocate.

The scope of that investigation is whether discrimination occurs, she said.

“What we determined was that there should be a review of the data by an independent expert`so that we understand what the issues are, and then we come together with the community and the HRM after that to talk about what comes next,” said Hansen.

Hansen expects the data review to be concluded in July.

Hansen said that this approach was discussed with the authors of the letter and that “they were very pleased to hear that this is moving forward.”

“I am pleased because without using an adversarial position we got the community together, the HRM. We all want the same thing,” said Hansen, ignoring that chief J.M.Blais is on record as unwilling to consider a stop to carding.

So isn’t it abundantly clear that racial profiling is taking place?

“Certainly I hear at the Commission, and my staff hear a lot of anecdotal stories about whether or not there is racial profiling. I certainly don’t want to rule out that’s what we could find. It’s also possible that we are missing data that we need to collect,” Hansen explained.

The findings could lead to a broader discussion, beyond the scope of the mandate of the NSHRC, said Hansen.

After completion of the NSHRC investigation others will need to consider broader questions, Hansen explained.

“Is there an education piece, does HRM need to change its policies, do we need `to look at street checks much more broadly, including the RCMP, the department of Justice, public safety,” Hansen said.

Hansen also believes that although the discussion around carding is “more advanced” in Ontario, the less adversarial climate here in Halifax will be beneficial.

The approach was endorsed during today’s meeting of the Halifax Police Board of Commissioners without much discussion.