KJIPUKTUK (Halifax) – The Nova Scotia Human Rights Commission (NSHRC) has often stated that there is support from within the African Nova Scotian community for the analysis of street check data to determine if the practice constitutes racial profiling or not.

But it doesn’t want to say who these supporters are. 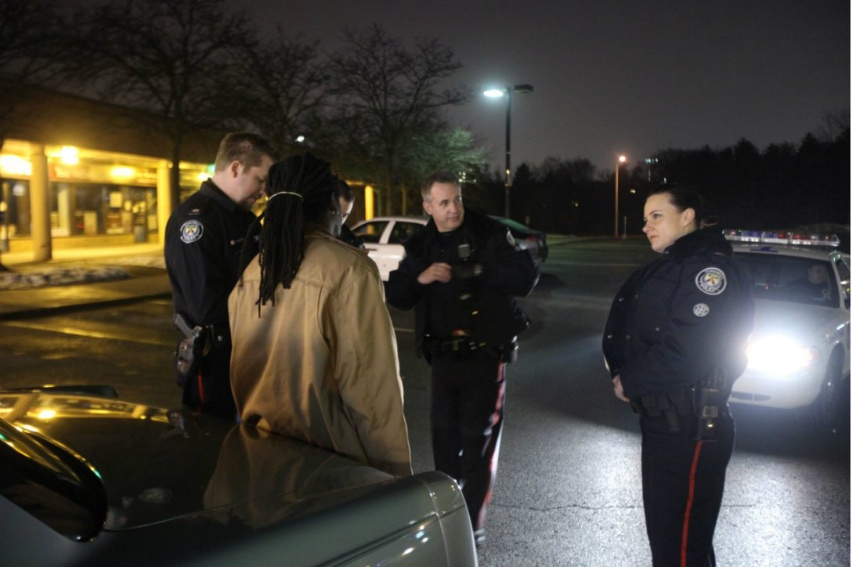 Recently a broad coalition of African Nova Scotian organizations demanded, among other things, that street checks be halted immediately, regardless of the analysis that is taking place.

“If you get stopped by police again and again, and you happen to be a part of a group who happen to be Black people in their own communities, without any wrongdoing, what do we call that? I call that racial profiling,” says Godfred Chongatera.

The coalition issued its demand that the practice of police street checks be stopped immediately in response to a report issued by the UN’s Working Group of Experts on People of African Descent after visiting Halifax, Toronto, Montreal and Ottawa late last year. We wrote about the coalition’s demands here.

“We still stand by the request that the practice be discontinued immediately,” says Chongatera, while suggesting that, lacking a complete stop of the practice, implementing additional controls on police would be useful as well.

Police street checks don’t just happen in Halifax. “I have friends throughout Nova Scotia who tell me that they get stopped by police for no apparent reason,” Chongatera says.

In September the Human Rights Commission announced that it had finally hired an expert to look at the street check data in Halifax. Black people are three times more likely to be affected by the practice.

The NSHRC has frequently suggested that this analysis is supported within the African Nova Scotian community.

But when we recently asked the commission who exactly these supporters are we received an email with nothing but bureaucratese gobbledygook.

“As you know, the Commission continues to work with concerned parties on the issue of street checks,” wrote Adria May, spokesperson for the Commission. “We plan to work closely with all parties to address the recommendation of the UN Working Group once Mr. Wortley has presented his findings.”

I tried again in a follow-up email, but asking for clarification proved useless.

“Thanks, Robert. We have no further comment,” May wrote.