Whether it’s child poverty that is being measured, minimum wage, or the release of Statistics Canada census-based income data, somehow for Nova Scotia the news is always grim.

Poverty Trends 2017, a report published by Citizens for Public Justice, a national faith-based social justice group, is no exception. 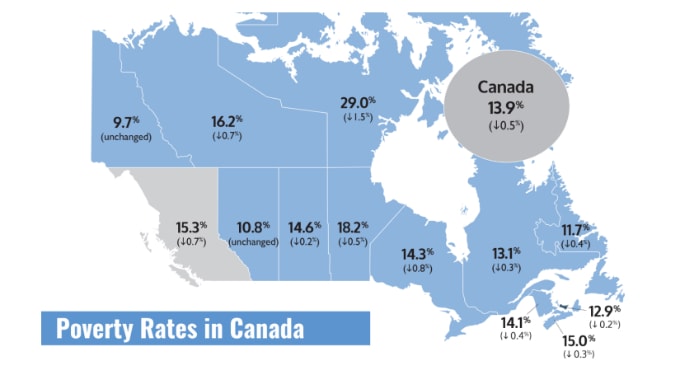 Using the 2016 census data recently released by Stats Canada the report provides a national snapshot of poverty as of 2015.

At 15% Nova Scotia remains the province with the highest poverty rate in Atlantic Canada, although that number decreased by 0.3% compared to 2014.

Of all Canadian provinces only Manitoba and British Columbia have a higher poverty rate than Nova Scotia.

Nova Scotia’s poverty rate of 15% is also considerably higher than the national average of 13.9%. That’s 4.8 million people, which translates into one in seven Canadians.

Of course, as always, the segments of the population most affected by poverty include people of colour, indigenous people, immigrants, people with disabilities, refugees, and children, especially children in single parent households.