As we wrote earlier this month, the 2016 Stat Canada census found that 53,000 Nova Scotians spend more on rent than they can afford. That constitutes 43 percent of all Nova Scotians who rent.

That conclusion was based on a frequently used standard that defines affordable housing as housing and utilities that cost no more than 30 percent of a person’s annual income.

See above for a table comparing vacancy rates in 2016 and 2017 for several regions in Nova Scotia, courtesy of the CMHC.

And here are the average rents for various types of apartments, again for various Nova Scotia regions.

And here are the average rents in Halifax, per zone and for various apartment types. 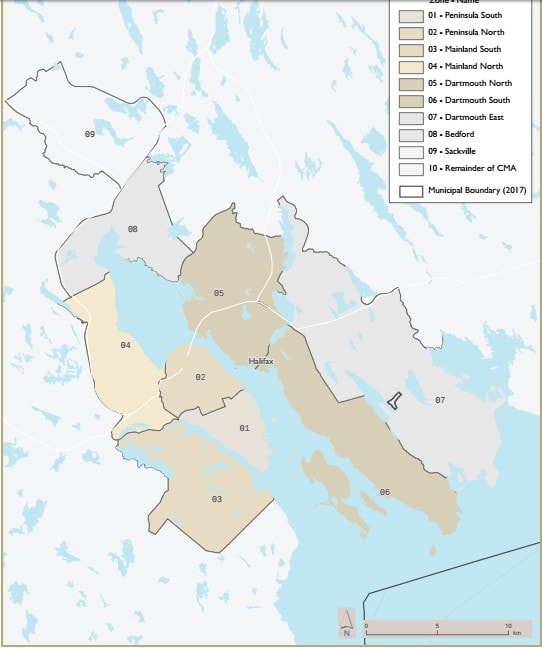 Finally, here is a map of the different zones in Halifax. You need it to make sense of the Halifax data.

There is lots more detail in the CMHC reports. Click here for the Nova Scotia report, or here for the Halifax data.