KJIPUKTUK (Halifax) – Neoliberalism. It’s a word you may have heard at a political rally or read in the paper.

But what does it mean, exactly?

Neoliberalism has been the dominant economic and political ideology throughout most of the western world for almost forty years. You may not know what the term means in an intellectual sense, but once you hear about its main tenets you will realize you have been living its results for a very long time. 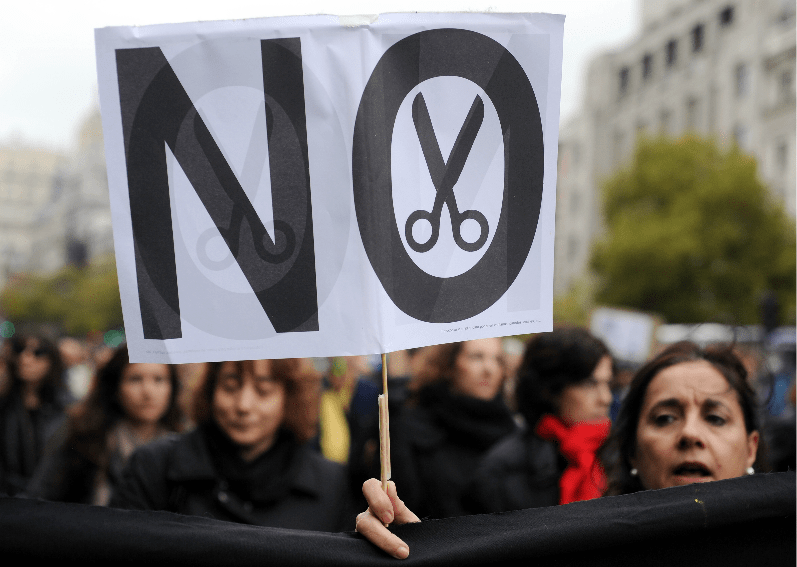 So let’s get into what neoliberalism is all about.

In 1987, then-British Prime Minister Margaret Thatcher famously said in an interview with Women’s Own, “There is no such thing as society.  There are individual men and women and there are families.  And no government can do anything except through people, and people must look after themselves first.  It is our duty to look after ourselves and then, also, to look after our neighbours.”

Neoliberalism is an economic and political ideology that demonstrates Thatcher’s infamous line. In essence, it means handing over economic decision-making power mostly to the private sector, and reducing the role of government, particularly in the area of social spending.

As I mentioned in a previous article, “Neoliberalism is the idea that markets are the most effective means of allocating resources, and that everyone in a society is motivated primarily by their own economic and/or material concerns.  In the words of David Harvey, author of A Brief History of Neoliberalism, neoliberalism is all about ‘the financialization of everything’.  It’s where everything is reduced to a mere commodity or transaction, including the environment, culture, social safety net, etc.”

Common aspects of neoliberalism can include:

Do any of these sound familiar?

Nearly every provincial and federal government in Canada – indeed, most governments in the western world – have adopted the ideology of neoliberalism in some form or another.  Astonishingly, it is not just liberal and conservative political parties that subscribe to neoliberalism.  Even socialist and social democratic parties have incorporated neoliberal economic policies into their platforms.

The most well-known example of this on a local level is, of course, the Nova Scotia NDP during Darrell Dexter’s tenure as Premier.  You will no doubt recall that the NDP doubled down on corporate welfare during its one term in government.  There was the deal with Daewoo to take over Trenton Iron Works, the bailout of the Bowater Mersey paper mill, the outsourcing of the province’s SAP operations to IBM, and of course, the Irving shipbuilding deal.

Anyone who’s been following the news in Nova Scotia since October 2013 would know that Stephen MacNeil Liberals are quite aggressively entrenched in the depths of neoliberalism.  Notable examples include the film tax credit debacle; the labour disputes with the Nova Scotia Teachers’ Union and Nurses Union; giving $22 million in payroll rebates to the Royal Bank of Canada; and many other things.

Another example from Nova Scotia is the numerous public-private partnership (P3) schools built during John Savage’s tenure as Premier in the mid-1990s.  A recent study by the Canadian Centre for Policy Alternatives has revealed the P3 program to be a failure on multiple levels.

And of course, on a federal level, the governments of Brian Mulroney, Jean Chretien, Paul Martin, and Stephen Harper were prime examples of neoliberalism for more reasons than I have space to discuss here.

Most people would argue that neoliberalism hasn’t done much to improve the lives of ordinary people. In fact, for most people it has meant nothing but trouble and misery. Neoliberalism often leads to high levels of poverty, declining quality of health and well-being, significantly more serious environmental harm, and greater potential for serious corporate crime.

However, the ideology of neoliberalism is dying out.  Austerity economics are a proven failure, so much so that the International Monetary Fund, the World Bank, and the World Trade Organization now oppose austerity measures.

Furthermore, the popularity of a progressive and unabashedly anti-austerity candidate such as Bernie Sanders in the United States is a prime example of neoliberalism’s dying appeal. Many people believe that if Sanders had won the Democratic nomination, he may well have gone on to defeat Donald Trump in the election.

The most amazing thing about neoliberalism is the fact that most people seem to have internalized it, accepting it without question or critical analysis.

In a sense you likely already know what neoliberalism is because it has shaped your world. The real challenge is to recognize it for what it is, see the harm it is doing, and say enough is enough.

Next Post News release: Student pressure puts divestment back on the table at Dalhousie University