KJIPUKTUK (Halifax) – In this video citizen-reporter and poverty activist Jodi Brown meets up with Sarah, a young woman who was in a bad spot when she asked Community Services for help. That help turned out to be a mixed blessing.

Sarah, who has a disability, was moved from a shelter that couldn’t accommodate her because of her disability, to a hotel, and then finally to an apartment in North Dartmouth owned by Metcap Living.

What should have been a happy ending soon turned out to be just the beginning of more misery. Leaking roofs, an elevator that doesn’t work, a broken toilet, the list goes on, Sarah says. A second video, also shot by Jodi, document some of these issues. You can check it out here. It’s bad. 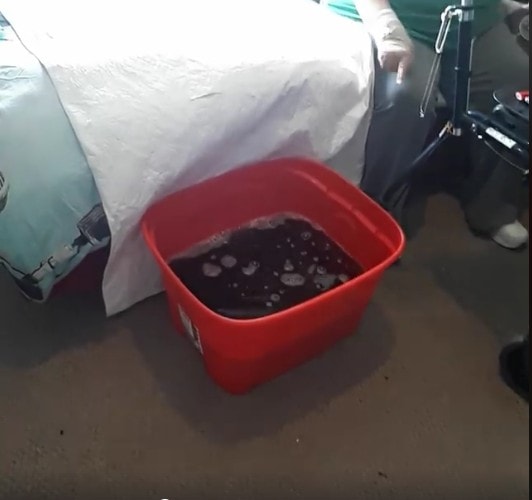 Actually, it was so bad that Halifax councillor Tony Mancini noticed Jodi’s Twitter posts about Sarah’s problems and stepped in to help. 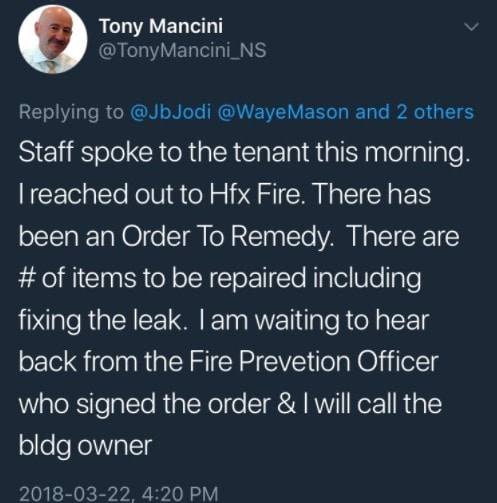 Some of the issues were finally addressed, but we are told others remain.

Tenants of 15 Kennedy Drive, and other allies, are rallying outside the Metcap-owned apartment on Friday to demand that the building manager and superintendents show tenants more respect. Check out the ACORN Nova Scotia press release.

See also: Toronto approves landlord licensing. Will Halifax be next?