KJIPUKTUK (Halifax) – This Monday I attended a protest at Grand Parade in Halifax against Coming Out Ministries.

During the week of July 20-28, the Maritime Conference of the Seventh-day Adventist Church will be hosting Coming Out Ministries, a group of “redeemed” “ex-gay” spiritual leaders, at their “Campmeeting 2018” in Pugwash.  They plan to share personal accounts of how they were “freed from the chains of homosexuality”, “plucked from the burning”, “redeemed” of being gay, lesbian, bisexual or queer, and “cured” or their transgender or genderqueer identity through prayer, devotion and conversion therapies. 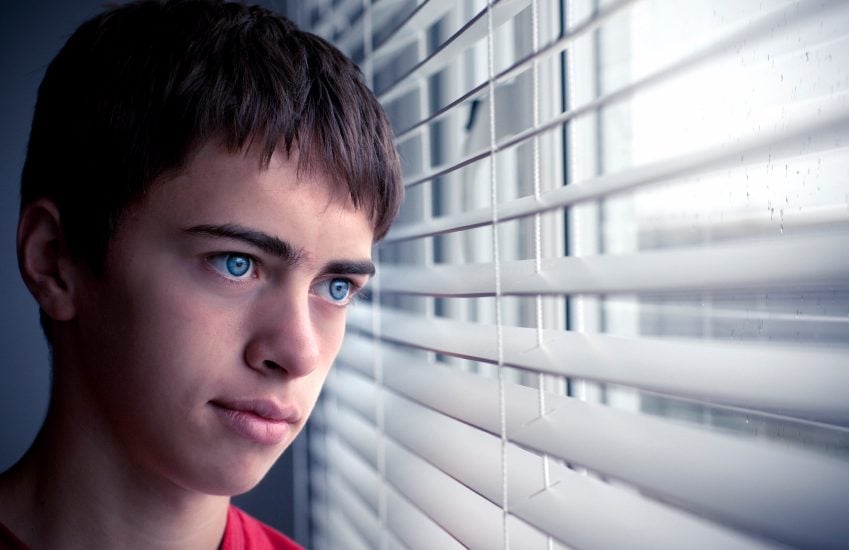 The protest at Grand Parade was organized by the Nova Scotia Rainbow Action Project, The Youth Project, and Halifax Pride, with the hope of convincing the Seventh-day Adventist Church to uninvite Coming Out Ministries from their annual Campmeeting.

The protesters also want to see Nova Scotia pass a law to ban the gay conversion therapy.  There was a petition to sign, and several speakers, including Julie Hollenbach and Susanne Litke from NSRAP, Kate Shewan, executive director of The Youth Project, and social worker Robert Wright.

After the scheduled speakers, they opened the microphone up for anyone in the crowd who wished to speak.  At that point, I got up and gave a short speech on the connection between gay conversion therapy and autistic conversion therapy, also known as Applied Behavioral Analysis (ABA).

To understand the connection, I first have to give some background.

Applied Behavioral Analysis has long been considered the “gold standard” of “intervention” for autism.  As defined by the Behavior Analyst Certification Board,

“Behavior Analysis is the scientific study of principles of learning and behavior.  Two primary areas of study include:

Experimental Analysis of Behavior: The basic science of the discipline and has, over many decades, accumulated a substantial and well-respected body of research literature on how behavior is learned and changes over time.  The experimental analysis of behavior is the scientific foundation of Applied Behavior Analysis.

Applied Behavior Analysis (ABA): A systematic approach for influencing socially important behavior through the identification of reliably related environmental variables and the production of behavior change techniques that make use of those findings.  Practitioners of behavior analysis provide services consistent with the dimensions of ABA.”

Supporters of ABA say that it’s meant to increase “positive” skills and behaviors and reduce or eliminate “problem” behaviors in autistic children.  Autistic children are often signed up for ABA or derivatives of it as soon as they’re diagnosed. Their parents are usually told their kids need this “therapy” right away for a good start in life.

However, an ever-increasing number of autistic adults, non-autistic parents of autistic children, and even some former therapists are calling this idea into question.  They say that ABA is harmful, traumatizing and abusive, that it treats autism as a problem to be fixed, and that its ultimate goal is to make autistic children pass as non-autistic.

Moreover, they say that when autistic people’s natural ways of communicating, moving, and interacting with the world are suppressed, it can cause serious, long-lasting harm.

Roots of ABA: “You have to build the person”

The “founding father” of ABA is generally considered to be Ivar Lovaas, a Norwegian-American psychologist and professor at the University of California, Los Angeles (UCLA).  He believed that autistic children were not even people. As Lovaas once said,

“You see, you start pretty much from scratch when you work with an autistic child.  You have a person in the physical sense – they have hair, a nose and a mouth – but they are not people in the psychological sense.  One way to look at the job of helping autistic kids is to see it as a matter of constructing a person. You have the raw materials, but you have to build the person.”

Lovaas developed what he believed to be a comprehensive way to “build the person” and called it Applied Behavioral Analysis.  His recommendation was that autistic children receive 40 hours of ABA therapy a week. One of his most important goals was to shape and mold their behaviors so they would appear more like “typically-developing” children.  Lovaas felt this was the only way autistic children would ever be able to learn anything, and he would often employ harsh aversive techniques such as withholding affection, withholding food, physical punishments, and even electric shocks.

The strong and punitive aversives Lovaas suggested may not be as widely used today, but the reliance on rewards and punishment continues in other “therapies” and “interventions” that use the principles of ABA, which I’ll discuss in a future article.  Some therapists argue that the more “modern” forms of ABA are more humane approaches, but they are nonetheless still based in the idea that autistic ways of being in the world are unacceptable and must be eradicated.

So what’s the connection to gay conversion therapy?

Well, Lovaas was also substantially involved in the Feminine Boy Project, which has strong connections to what is today known as gay conversion therapy.  Psychologist George Rekers, a key figure in the world of conversion therapy (and co-founder of the notoriously anti-gay Family Research Council), used Lovaas’s techniques to treat so-called “deviant sex-role behaviors” in male children.

There’s more waves to be made

I am very grateful to the organizers of the protest for doing it, and I’m eternally thankful for the chance to be able to speak.  My presentation was well-received by everyone, and a few people came up to speak with me afterward. All I can say is, there’s more waves to be made against ABA in Canada!

Which is why my next article will take a closer look at ABA in Canada, especially Nova Scotia, who’s fighting back against it, and what we can do instead.

Next Post Why talk when nobody listens? Benefit Reform Action Group halts discussions with Community Services