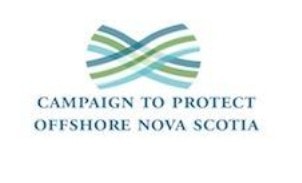 Office of the Prime Minister

Catherine McKenna, Federal Minister of the Environment and Climate Change

RE: PUBLIC INQUIRY ON OFFSHORE DRILLING

We are writing to you on behalf of the Offshore Alliance* to urgently call on the Federal Government, in concert with the Government of Nova Scotia, to undertake a public inquiry into the environmental, socio-economic, and other impacts of offshore oil and gas exploration in Nova Scotia’s Offshore.

The inadequacies of the current regulatory and impact assessment regime, the failure to consider the latest science (on risk assessment, dispersants, impacts of seismic, added risks of deepwater drilling, ocean acidification, and recovery of the fishery, to name a few), the poor state of public awareness and involvement and the magnitude of the risk to the marine biosphere and to the present and future economic base of Nova Scotia’s coastal communities all demand an up-to-date, thorough public re-examination. We anticipate an inquiry of this nature could take up to two years. In the meantime, there should be a moratorium on all new oil and gas activity offshore respecting the established precautionary principle.

During the federal election of 2015, your environmental platform stated “Governments grant permits but only communities grant permission.” To date public involvement in decisions regarding offshore drilling has been woefully inadequate to non-existent. Recent incidents, such as BP spilling 136,000L of Synthetic Drilling Mud (SDM), and in 2016, Shell dropping its massive riser only metres away from the well head (which remains on the ocean floor to this day), have increased public concern about the risks of offshore drilling at the depth and with the weather and typical conditions in the North Atlantic.

A public inquiry would, in an unbiased fashion, identify and examine current knowledge about the impact of oil industry activity in a marine environment such as that off the coast of Nova Scotia. That examination would provide the basis for recommendations concerning the advisability and management of oil and gas exploration and development in the offshore.

We have attached the terms of reference we propose for the inquiry. Our recommendations draw on two precedents: the Georges Bank Review Panel and the more recent NS Independent Review Panel on Hydraulic Fracturing (also known as the Wheeler review).

The Offshore Alliance is urging your government along with the Nova Scotia government to take immediate steps to establish this public inquiry into offshore oil exploration and establish a moratorium on oil and gas until such a time as the report is completed and decision-makers can benefit from its recommendations to make more informed decisions in future based on all the science.

Thank you in advance for your timely action.

*The Nova Scotia Offshore Alliance is a growing coalition of concerned fisher, social justice and environmental organizations, communities, and individuals determined to change the industry-captive regulatory regime which currently governs our offshore oil and gas industry. To accomplish this, we demand an immediate moratorium on all exploration and production drilling off our coasts and a full public inquiry.

Next Post Wheelchair accessibility in Halifax: Grandfather is alive and well