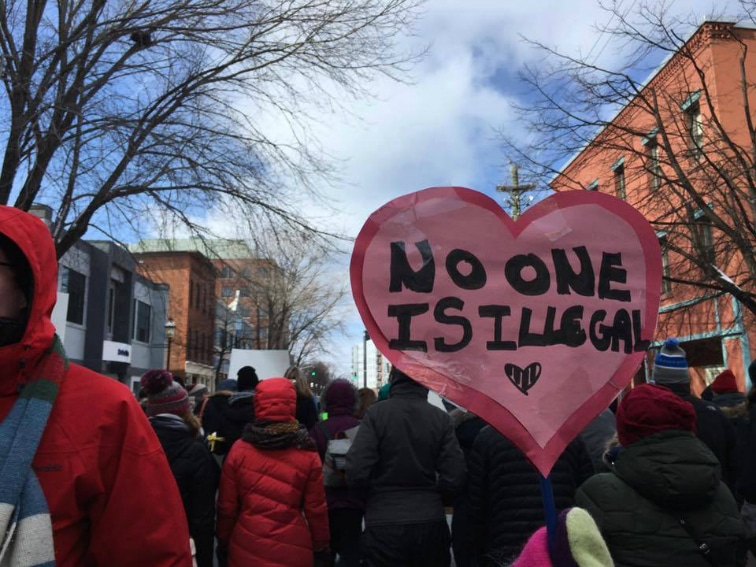 Solidarity statement from No One Is Illegal Vancouver and Harsha Walia.

We write in solidarity with prisoners at the Central Nova provincial jail in Burnside as you enter three weeks of ongoing, peaceful and inspiring protest within the prison.

We read and were moved by your strong and clear articulation: “We recognize that the injustices we face in prison are rooted in colonialism, racism and capitalism. August is a month rich with the history of Black struggle in the Americas.”

We support your extensive list of immediate demands for humane treatment including adequate health care, rehabilitative programs, exercise equipment, clothing and shoes, access to the library, air quality, and a healthier canteen. We are responding to your specific call for groups on the outside to support your statements and demands. As you state, all of these demands are reasonable and promote basic wellbeing. Nova Scotia Corrections has already been criticized by the provincial Auditor General for failure to comply with minimal provincial and international human rights standards.

We express our full solidarity and respect for the ongoing Burnside action.

We understand that prisons maintain racial, economic, and social power structures, and that ‘tough on crime’ narratives and policies criminalize oppressed communities. Across Canada, the brutality of law enforcement and over-representation of racialized and poor communities is not an aberration. Prisons are intended to disappear and warehouse certain targeted communities. Indigenous women are the fastest growing population in Canadian prisons with incarceration rates that have increased by 100 percent in the past fifteen years. There are also 70 percent more Black Canadians in federal prison compared to ten years ago.

As migrant justice organizers, we daily witness and hear about the indefinite incarceration of racialized migrants and refugees. We regularly hear horrific stories of segregation, miscarriage, suicide attempts, lack of access to lawyers or legal aid, denial of visits, no translation services, and more. Since 2000, at least 17 people have died in immigration detention, either directly in the custody of the Canada Borders Service Agency or while detained in provincial jails.

We offer our solidarity for your courageous stance, and all those who are deemed “criminals” or “illegal” within this unjust system. We are also sending a $200 donation as material support in this important struggle. We encourage our networks to also write letters of support, and take action by contacting Justice Minister Mark Furey at justmin@novascotia.ca

No cages, no borders!

Previous Post The birds (with no disrespect to Alfred), a poem by Chad Norman

Next Post Judy Haiven: Not even a hug for Truro rape victim