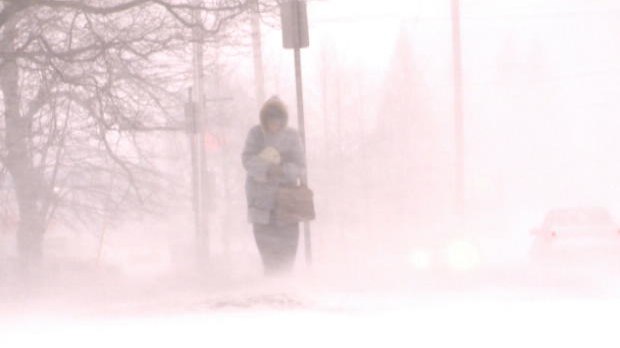 KJIPUKTUK (Halifax) – It wasn’t just Calgary that got snow this week. Nova Scotia got a little too. Don’t get me wrong, the plans for the redevelopment of the QEll Health Sciences Centre are a good thing. It’s badly needed and will ensure the most advanced technology and equipment for workers to handle complex care in Atlantic Canada.

What I am not pleased with is that the McNeil Government intends to pay for this using the public-private partnership (P3) model. This is the same scheme that cost Nova Scotia taxpayers upwards of a billion dollars for thirty-Nine (39) P3 schools. Let’s not use the payday loan model any longer, let me explain.

Yes, we have some nice schools that we recently bought, but don’t lose sight that we also rented those schools for 25 years and only at the end of those P3 contracts we bought the schools back. Yes, we got new schools but we paid much more than needed to.

Taxpayers (government) paid the bill for the school leases and the for the buyback, while the wealthy business financiers made a hefty profit through taxpayer payments during the 25-year process. A profit that went to their bank accounts while Nova Scotians went with fewer government services. It’s not our role as taxpayers to make rich people richer. It is our role to hold our governments to account for the decisions they make.

When wealthy business financiers offer money to the government, they expect a good rate of return and sometimes more, it isn’t free. The problem with a P3 funding model is that government can borrow money more cheaply than private business, so when we finance through the private business we pay and pay big. No matter which model gets used it’s all taxpayers money that is spent.

If the government steps up, borrows the money, builds the facilities, we repay the loan over the time frame and own the building when its paid up. There essentially is no difference, we either pay more through private financing, or we pay less when we borrow on our own. Either way government still pays. It’s funny how the right wing always talks about the interests we owe on the debt, but never mentions the higher interest we pay when it’s a P3 finance scheme.

Now let’s tackle the idea that when the P3 bid runs into cost overruns that those will be the contractor’s responsibility.  In saying this the government makes it look like a P3 partner will bid the project for XX amount and build it for that fixed cost, and that any cost overruns over the life of the project will be absorbed by the P3 partner and not government.

Do they really think that we are all that stupid? That’s just not how it works. These P3 deals are often negotiated in secret and by high priced lawyers who are looking after the P3 partner’s interest, not the interest of government. Those contracts are never made public, and for good reason. It’s because we get fleeced as taxpayers at the negotiations table.

It’s not likely any big business negotiator would end up placing its P3 employer in a position to lose money. Frankly, someone will be on the hook for cost overruns, which there will be in any project of this magnitude, and it’s not likely going to be the P3 partner.

Look, I am not trying to be negative, but realistic here. If it’s as good of a deal as is being touted, what’s the problem to have it all vetted through the Auditor General to determine a value for money audit for tax-payers before moving ahead? What is wrong with having the P3 contract open and transparent with no secrecy? What’s wrong with holding public meetings where all findings are disclosed to taxpayers?

This government promised transparency and we seem to be getting anything but. We hear promise after promise that never seem to end up being as promised. The P3 option and the public option should be presented in public meetings once the costings are certified as accurate by the AG. That’s what the government did when the decision was to to toll or not to toll highways, so it’s not complicated.

The real lesson history teaches is that private-public partnership deals are bad for taxpayers. Today we have thousands of people who lack health care services, poverty is rampant across the province and has become worse since 1998, and we continually hear from our elected governments that we have no money to make things better. At the same time, several corporations were fattening their bank accounts through profits from bad P3 deals and in our view, that is not right.

A legitimate question that taxpayers must ask themselves is, why is our government even considering private sector anything, in light of overwhelming, credible evidence that there is no risk for the private P3 partner who sucks every dollar they can from taxpayers through tightly wound and secret contracts.

Think about this: governments built the country’s railway, the trans-Canada highway, hospitals, schools and much more in community after community, and they should continue to do that because it’s the best bang for the buck, full stop.

Next Post Not worth the risk: Mahone Bay’s public panel on offshore drilling