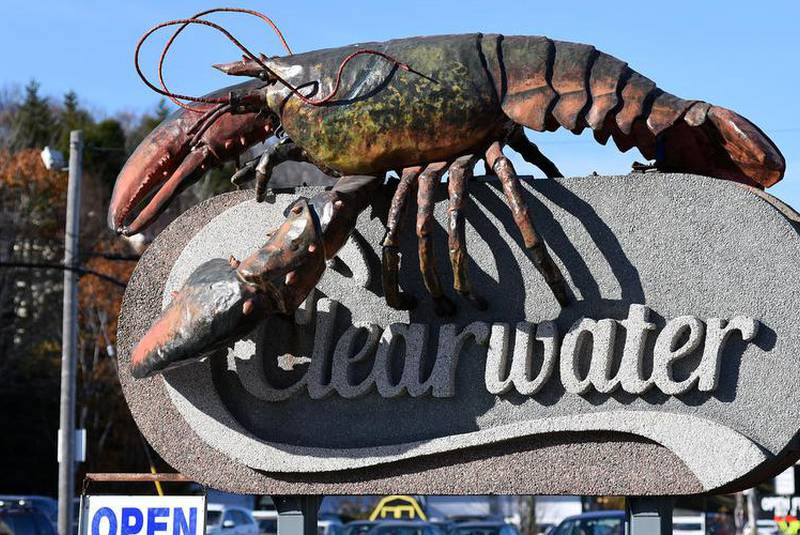 KJIPUKTUK (Halifax) – Breaking the law is not a good idea when you are a small owner-operated inshore lobster fisher. Neither is lying about it. These things tend to have major consequences, huge fines, you may even lose your license.

But if you are as large as  Clearwater Seafood it is an entirely different story.

Yesterday veteran CBC Nova Scotia journalist Paul Withers reported on a court case last fall that found Clearwater guilty of leaving thousands of lobster traps in the water for longer than the 72 hours allowed by law.

We’re not talking an extra day here because of bad weather. Sometimes baited and unbaited traps would be left on the ocean floor for as long as 98 days at a time, and this environmentally unsound practice has been going on at least since 2014.

Breaking the law this way saved the company huge amounts of money. It even allowed Clearwater to pull its one and only vessel engaged in the offshore lobster fisheries for other jobs.

The entire affair also raises questions how Clearwater managed to maintain its sustainability certification. That’s where the lying comes in.

For all this Clearwater got off the hook with a $30,000 fine for breaking the law for years, even though they had been formally warned by DFO several times. That fine is peanuts for a huge company like Clearwater and its billionaire owner John Risley.

When asked by the CBC, Clearwater would not even confirm that it has now stopped the practice.

Withers also reported how the company is collecting scientific evidence to challenge the validity of the 72 hour rule, but refuses to share its scientific methodology for peer review.

Shannon Arnold, Senior Coordinator at the Ecology Action Centre’s Marine Program has suspected for for a long time that something fishy was going on, and had been on Clearwater’s and DFO’s case for years, seeking answers.

“The difficulty we have experienced in getting a full picture of how this fishery works have highlighted the distressing lack of transparency in our fishery management system. This is especially true where fisheries are consolidated, like this case,” Arnold writes in a post that deals with the CBC article

We talked with Arnold to better understand what’s going on here.

What we should never forget

In this entire affair, what the public should never forget is that the offshore are public waters. The ocean and all that’s in it are public resources, owned by all Canadians, managed on behalf of all Canadians. It’s not private land.

Why leaving traps unchecked is a bad thing

“Leaving traps unchecked amounts to wastage and spoilage of lobster. The lobster gets in and they eat one another, they are cannibalistic. In 2014, when DFO pulled in the traps that Clearwater left on the ocean floor for weeks at the time they found hundreds of lobster parts. That means that Clearwater is probably catching many more tons than it is actually reporting.

Lobster are the heart of our inshore economy right now. Lobster at this time is an abundant resource, but if the lobster stock were to crash the Nova Scotia economy would be in very dire straits. We need to manage this fishery well, and that implies counting things accurately.

As well, you are going to get a bycatch of fin fish, Atlantic cod and cusk, hake. That bycatch is reported on the books as very small, but if you leave them in the traps too long they are eaten, and there is nothing left to count. And then there is entanglement of leatherback turtles, potentially whales. The traps and the lines will be there at all times because this is a year round fishery, but reporting would suffer.

How Clearwater gained a monopoly in the offshore lobster fisheries

This goes back to the seventies, when the offshore swordfish fisheries collapsed because the US lowered mercury levels allowed in the fish. The government suggested the switch to lobster, and eight licenses were allocated to different companies. Clearwater started buying those licenses in the eighties, and by 2012 it had acquired all of them. The quota for offshore lobster sits at 720 tons.

One thing to understand about that as far as it concerns the lobster fisheries the inshore/offshore division isn’t based on science, it is simply a line drawn 50 miles from the shore. There are many fishers squeezing that 50 miles boundary on the inshore side, but DFO has capped the offshore licenses and allows no new entries, even though at this time there is an abundance of lobster.

The environmental sustainability certification (and the lie)

After we didn’t get a lot of information through DFO, we figured we take part in the environmental sustainability certification, which is a public process, We asked exactly these questions, and the company that was doing the certification went to Clearwater and Clearwater told them that they are not storing traps on the bottom of the ocean. This happened while it seems Clearwater was getting DFO warnings at the same time. All this is really problematic for the certifier, the Marine Stewardship Council.

We found out a couple of years ago, when we started digging into this entire matter, that Clearwater had applied for a change in this 72 hours rule. They had started to talk about this study they were doing on how long you can keep a trap in the water and the impact on bycatch that has.

We asked if we could see this study, and the answer from both Clearwater and DFO has always been that they can’t release it because it contains proprietary information.

We say that this is crazy, a science study done by a private company, that is informing the way DFO manages the fisheries but that is not being presented for peer review. We have been waiting for two years, and just before Christmas the DFO manager told me that Clearwater was issued a special science license, so now they can test their theories.

That also is problematic. How can you be both be fishing and  doing a rigorous control study, all with one ship? And if the ship is boarded by DFO and found to not follow the rules, can Clearwater just point to the study they are conducting?

Finally, there is the matter of scope that also suggests the study should be public and shared. This 72 hour rule applies to all fisheries, not just the offshore lobster fisheries, this isn’t just for their own little area.

Lightly edited for clarity and brevity.