KJIPUKTUK (Halifax) – Poverty makes you sick. We’ve known this for ever, poverty after all is one of the determinants of health.

Recently I stumbled upon an infographic that quantifies how the connection between poverty and health plays out in our health system. You know, that same health system that is in a perpetual crisis here in Nova Scotia.

The graphics are published by PROOF, an interdisciplinary research team investigating household food insecurity in Canada. The numbers deal with Ontario, but there is no reason why Nova Scotia would be much different. 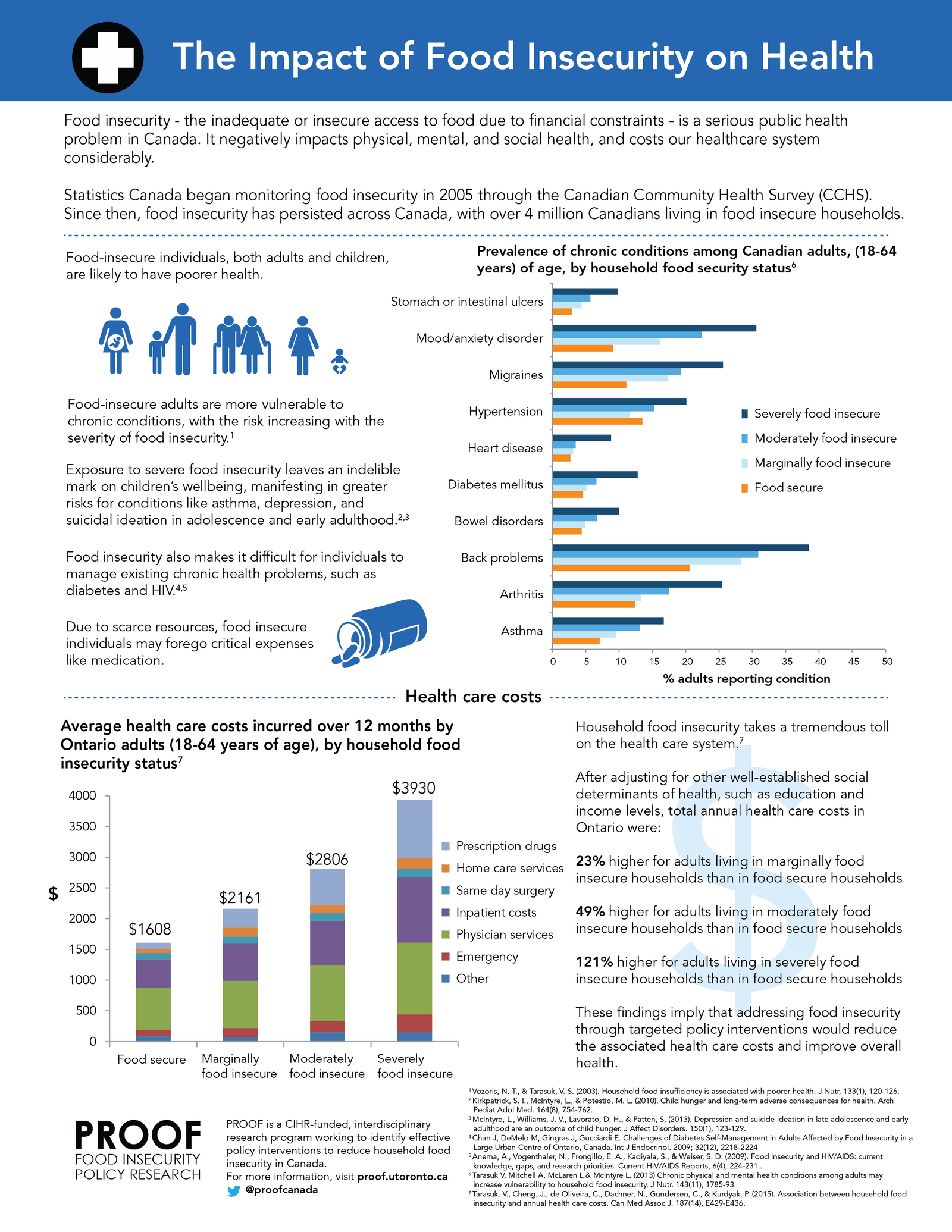 So what does this mean for Nova Scotia’s health system?

Fun fact, that makes our province number one among provinces that participated in the survey – Alberta, Saskatchewan, Ontario, Quebec, New Brunswick, Nova Scotia, and Prince Edward Island. Only Nunavut and the Northwest Territories are in worse shape.

All this puts pressures on our healthcare system, but although there is lots of talk about doctor shortages, ER closures, and so on (and rightly so), there is little or no mention of poverty as an issue that can and must be relieved.

Yet the solution of food insecurity is very much in the political realm. Poverty after all is man-made, it’s not a natural phenomenon.

For instance, 54% of food insecure households in Nova Scotia relied on wages and salaries, the same PROOF report informs us. And a whopping 82.1% of households on social assistance were food insecure, another one of those embarrassing Canadian records held by our province.

A 2017 report by FoodArc, with a focus on Nova Scotia, shows how inadequate minimum wage and income assistance budgets are when people go shopping for healthy foods. Being on welfare or earning a minimum wage in Nova Scotia means going hungry or being undernourished.

Minimum wage and welfare rates can be raised. There’s no mystery there, it’s a matter of a simple policy change.

For me poverty is first of all a matter of justice. Kids go to bed hungry in Nova Scotia! Just solve it, for crying out loud. But the breed of penny pinching politicians that are so prevalent these days isn’t particularly receptive to arguments inspired by the idea of social justice.

Well, these bean counters should consider the connection between health costs and poverty, and raise our scandalously low welfare rates and minimum wage.

They can’t afford not to.