KJIPUKTUK (Halifax) – Some members of the African Nova Scotian community are unhappy about the government’s redesign of the province-wide employment services network. 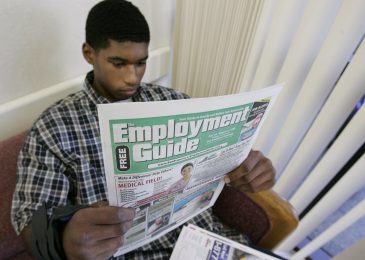 The provincial government says it initiated the redesign to reduce administration and direct more money to front line services.

“The piece that is left out of all of this is conversation with the community. I am not talking about the organizations that provide the service, I mean the people who receive the service.”

In most of the province, service providers worked together to submit joint proposals. Employment services sites across the province were reduced by about ten, but the department of Labour and Advanced Education expects the number of people working in the system to increase to more than 300.

Not everybody is pleased though. Last week we reported on concerns in the Black Nova Scotian community that new academic requirements for job counsellor positions create unnecessary (and counterproductive) barriers for members of marginalized communities.

But the issues go much deeper.

“I think for a number of reasons that the African Nova Scotian community is being squeezed out, and the academic requirements is only one of those,” says Charla Williams, who has spent many years in the field promoting diversity and employment equity in the workplace.

Williams points to the elimination of the Watershed Association Development Services (W.A.D.E.), an organization that offered employment services to Black residents of East and North Preston, Cherry Brook, Lake Loon and Dartmouth for many decades.

That funding cut was a direct result of the government’s redesign, a move that was at the time strongly condemned as an example of systemic racism by W.A.D.E. Board members.

The Community Enhancement Association (CEA), an organization similar to W.A.D.E. operating in the Truro area also closed its doors after the government redesign.

Other organizations that continue to work on behalf of African Nova Scotians have lost their lead positions within the network, and now provide services under umbrella contracts that are managed by third parties.

“I have worked for many years in and around employment support and employment equity,” says Williams.  “During these years I have seen a number of things fade away. First a dependence on funding is created, and then that funding is pulled.”

The provincial government suggests that the reorganization was mostly a collaborative process, with opportunities for all involved organizations to provide input.

“A discussion paper was issued and we received 60 emailed submissions and five voicemails. We also conducted focus groups which spoke directly to youth and career counsellors, as well as other community members,” writes Andrew Preeper, a spokesperson for the department of Labour and Advanced Education.

But for Williams that consultation exercise was missing an important ingredient.

“The piece that is left out of all of this is conversation with the community,” she says. “I am not talking about the organizations that provide the service, I mean the people who receive the service.”

“After all, we are the ones who are receiving less service, have a higher unemployment rate than mainstream society, and are dealing with issues of racism in the workplace,” says Williams.

Williams is not alone in her complaints.

The Nova Scotia Advocate has obtained correspondence that shows some African Nova Scotians who continue to work within the new infrastructure remain deeply unhappy about the lack of consultation during the Careers Nova Scotia redesign.

In the early 2000’s eleven organizations focused on providing employment services to 47 African Nova Scotian communities, one such letter states.

“The eleven organizations over the years have worked well provincially as a network of partnering organizations – each linked in a unique way, assisting each other as well as with outside organization partners to elevate the lives of Black Nova Scotians,” the letter suggests.

But this progress is now being eroded, the letter charges.

“Under the Careers Nova Scotia design many are no longer leading employment agencies. Several have been squeezed out of the process and will not be part of the new universal design as created by the province.”

It’s not just African Nova Scotians who are falling victim to the new approach. There are also fewer groups that provide services to people who live with disabilities as a result of the reorganization.

Funding to two women’s groups, the Women’s Employment Outreach in Halifax, and the Ann Terry Project in Sydney, was cut, only to be reinstated after widespread protests.