KJIPUKTUK (Halifax) – Disability activist Gus Reed is not pleased with the way the Nova Scotia Human Rights Commission (NSHRC) deals with complaints about human rights infractions. Reed believes that within the Commission there is too much emphasis on education and restorative justice.

There is a place for that, but it shouldn’t be the preferred approach in nearly all cases, he says.

“Of all the things government does, perhaps the most meaningful, almost sacred duty is to protect individual rights. To make sure you’re treated the same as me, to make sure no one messes with what you are promised in the Charter,” writes Reed on the James McGregor Stewart Society website. 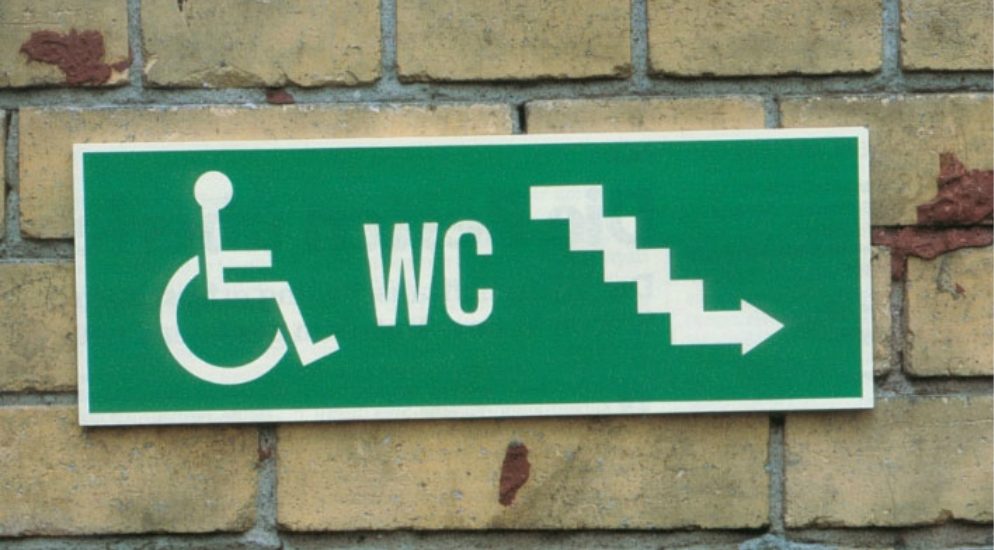 “As practiced by the Human Rights Commission, restorative Justice doesn’t honor seekers of justice, it hides them.  It also shields the perpetrators of human rights offenses from public view.  Since there is no precedent set, the HRC permits, no encourages further offenses.  By not penalizing offenders, it turns an offense to society into a mere inconvenience,” writes Reed.

That’s if a case gets accepted by the NSHRC. There are hurdles before you even get there.

Earlier this year Reed was among a group of people living with disabilities were left with no choice but to take the NSHRC to court because it refused to even consider their complaint.

The group of six individuals had argued that government discriminates against persons with wheelchairs by not enforcing Food Safety Regulations regarding wheelchair access to washrooms.

They won their case. The NSHRC was ordered to reconsider.

When you lodge a complaint you have the right that this complaint will be inquired into, wrote the judge. If as a Commission you feel you’re too busy, go talk to the government, or change the law, but don’t just turn down complaints without providing reasons that are deemed valid in the Human Rights Act.

A similar case against the NSHRC earlier this year, this one launched on behalf of people with disabilities on social assistance, was also decided in favour of the complainants.

He received very little support from the NSHRC while filing the original complaint, Reed tells the Nova Scotia Advocate.

“I was surprised. I had read how your complaint needs to filled out with assistance of a human rights officer and I sort of expected that they would call me and say, we have this thing from you, now we would like to put it in our form and talk about it. Instead I got a summary rejection, short and by phone, says Reed. “They are behaving like gatekeepers and not advocates.”

As to why this is so, Reed emphasizes that he can only speculate.

“I wrote about my guesses in that post on the website. They have a bias towards the education portion of the Act, they have very deliberately tried to reduce the number of boards of inquiry, and I am not quite sure where that reluctance comes from,” says Reed.

“I think there is a reluctance to take on tough issues that involve systemic problems. I also don’t think they like to take on the government. But I have nothing but my own impression on that,” Reed says.

People are most of all entitled to their personal health

For Reed being unable to use a restaurant washroom simply because you use a wheelchair does not only run counter to government regulations, it is a matter of fairness and public good. Yet when Reed complained he was told it was a building code issue.

“The public health regulations for restaurants are quite specific,” says Reed. “It says you need to have a convenient accessible washroom for customers and for staff.”

After all, washing your hands is not a luxury, he reminds us, and not just for the person who is prevented from doing so, but for everybody. Do we really want people around who can’t wash their hands? “It is not just my problem, it’s everybody’s problem,” he says.

But it is fundamentally a human rights issue, and that is something he wishes the NSHRC recognizes when all is said and done.

“People are most of all entitled to their personal health. Something you really can’t take away from them. To say there is one set of standards for you, and another for others. That is just plain wrong,” says Reed.

“Something as vital as public health ought to be administered fairly and equally for people like me.”

Next Post Councillor must apologize to the community, the widows, the people who died, says Shelburne activist