KJIPUKTUK (Halifax) – In my last article I discussed the Early Intensive Behavioral Intervention (EIBI) program in Nova Scotia for young autistic children, particularly its problematic background connected to Applied Behavioral Analysis (ABA), and other aspects of it that parents are never told about.

Many autistic people consider ABA harmful, traumatizing and abusive, and argue that it treats autism as a problem to be fixed, and that its ultimate goal is to make autistic children pass as non-autistic.

Moreover, they say that when autistic people’s natural ways of communicating, moving, and interacting with the world are suppressed, it can cause serious, long-lasting harm.

Today I’ll be talking about a far superior approach the provincial government could and should be investing in to support autistic children.

What could we be providing for autistic children for that same cost, or even half of it, that is not connected to any form of ABA, and also is rooted in ideas articulated by actually autistic people?

One possibility is the approach used by Foundations for Divergent Minds (FDM).  This is a new training and educational model for parents and professionals who work with autistic children.

FDM is not a form of therapy or “intervention”, but rather an accommodation model. Parents and practitioners who use this model learn how to adjust environments and supports to provide autistic and other neurodivergent children with respectful accommodations.

And the best part…..it was created by actually autistic people who are strong opponents of any type of ABA, including Pivotal Response Training (PRT), which is used in Nova Scotia’s EIBI program.

Imagine for a moment if the Department of Health and Wellness were willing to learn more about Foundations for Divergent Minds, and then consider that approach, instead of EIBI or PRT.

One thing the EIBI program also emphasizes is the Picture Exchange Communication System (PECS).  This is a system of using pictures to communicate, designed for non-speaking autistics or those with limited speaking ability.  This sounds good at face value, but according to Autism Canada,

“The purpose of PECS is to establish a functional picture communication system within a social context. The premise is that pointing to a picture isn’t communication unless the child engages someone’s attention. Teaching a child to verbally produce speech is NOT a goal of PECS. The philosophy of the training program is that an individual must understand the purpose for communication before engaging in actual speech production. Verbal utterances aren’t encouraged or responded to in the program; only non-verbal exchanges are rewarded.”

Further, PECS is generally the only kind of communication offered, and it must be very strictly implemented.  ABA therapists and family members are often told not to give the child what they’re asking for unless they use the PECS pictures, even if they are communicating what they want by other means, such as gestures, sign language or even oral speech.

Compounding this is the fact that PECS has a very limited selection of icons for the child to choose from. It’s mostly nouns and things the autistic person can ask for, as well as poorly-depicted “feelings”, which limits a PECS user’s communication to asking for things.  Words that allow a child to express deeper thoughts and feelings are mostly absent.

While PECS is considered a form of augmentative and alternative communication (AAC), many actually autistic people prefer AAC mobile apps, such as Proloquo2Go and Speak for Yourself.  This includes those who do speak, because there are times when autistic people lose the ability to speak for a while.  It’s not a choice they’re making….they literally cannot speak. So that’s when they use their AAC apps. 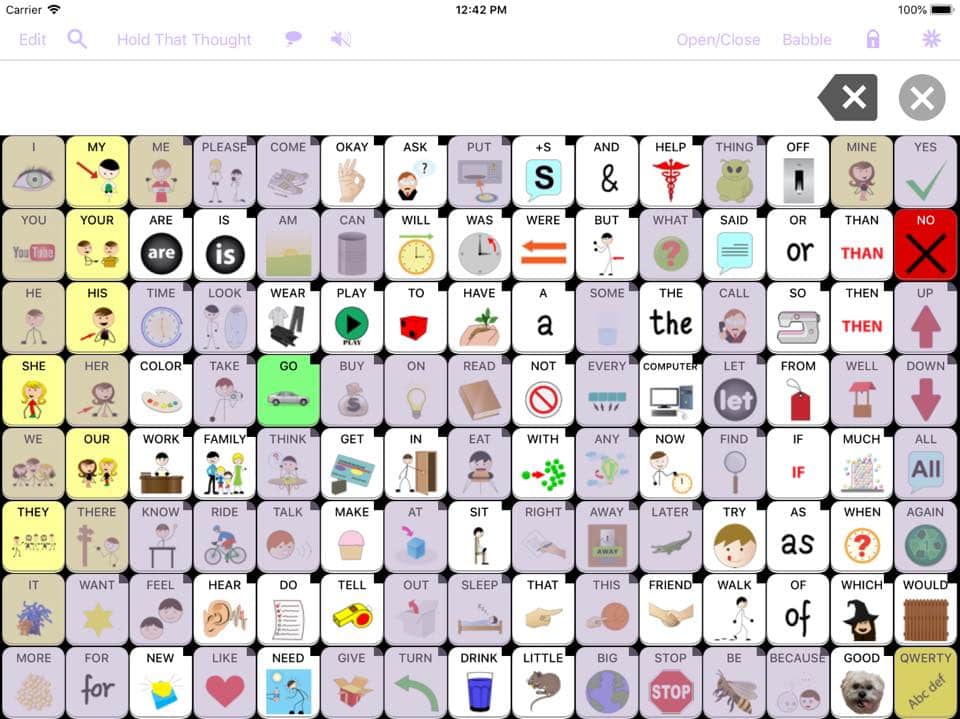 Imagine if parents of newly-diagnosed children were given an iPad pre-loaded with one of the many AAC apps on the market?  Or maybe an iTunes gift card so they can choose which AAC app to purchase?

I have said it before and I will say it again.  The best thing parents of autistic children can do is listen to autistic people.  As autistic parent and activist Briannon Lee writes, “Learn as a family about autistic ways of being and autistic culture, neurodiversity, and disability. Autistic people are the only experts on autism; find us and our work.  Don’t ask us to educate you, but listen and learn.”

Maybe Autism Nova Scotia, in cooperation with the Department of Health and Wellness, could consult with the top autistic activists in Canada, the United States and other countries, pay them an appropriate amount for their time and expertise, and put together information packages for parents of autistic children.  Then the IWK hospital could provide them to all parents of newly-diagnosed children.

Note: FDM offers an introductory webinar (which as of this writing, is still being transcribed), as well as online training for parents and professionals. They also offer customized training packages for parent groups, clinics, schools, and other organizations.

See also: Treating autism as a problem. The connection between Gay Conversion Therapy and ABA