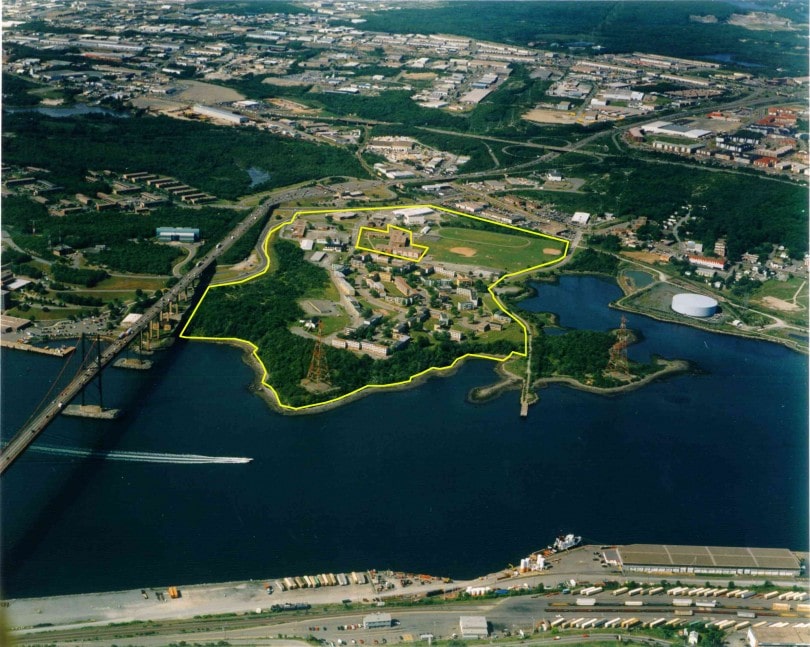 The conversation has once again turned to a stadium for a CFL team in Halifax.

I live one street away from the “pop up stadium” across from the Public Gardens. It’s a manageable size that just fits onto pre-existing grounds, without causing much trouble for the neighbourhood or costing the taxpayer a whole lot of money. It was a fairly “low impact” way to “rah rah sports” and allow people to watch games without getting too deep into citizens’ pockets.

Now a group has come courting to get Halifax and the Province to give them a little help, just so they can help us. This will be accomplished by making citizens of Nova Scotia and Halifax pay in a big way through tax breaks and so on. We pay and they make money, much like the Nova Centre.

I’m a proud Haligonian. When I think of having a Halifax CFL team though, my pride quickly ends. We’ve been in a development boom for the last while. The sky is silhouetted with cranes and not-yet completed high-price high rises that most citizens will never be able to live in, let alone low income and disabled families. (I know there is discussion of affordable units in these buildings, but no one has bothered to add the word “accessible” to the conversation, which is unfortunate as disability and poverty are tied together).

And wasn’t there a staff report pointing out how rising ocean levels, storm surges, and lack of access made Shannon Park an unsuitable location for this project?

I’m not usually one of those people who criticizes every big money project with “only after the potholes are filled” type of comments, but we have an overabundance of high cost developments and lack of affordable/accessible housing. We have a very serious problem with disabled and elderly people(disabled by age) who are suffering and dying from easily-prevented pressure sores. We have people with intellectual and physical disabilities living in mental hospitals and in otherwise inappropriate housing. These folks should be living in their communities in their own places where they are able to choose and receive their own attendant care.

We are also in a place where we need to replace our main hospital. Instead of getting into another P3 scheme where we don’t own our own hospital, after lessons learned with PPP schools, we are seriously looking at doing it all over again.

We need hospitals that serve and benefit all of our citizens. What we don’t need is a sports stadium that will serve only sports fans.

I don’t want to be a party pooper, but given the very real and serious needs we have- and I’ve only mentioned a few- I feel this isn’t the right time to help the group advocating for a CFL get all they want on the backs of Nova Scotia taxpayers.

All that’s lacking is a proposal to build another casino…

If I were a city or provincial politician, and I was considering my legacy, I would choose the legacy that helps citizens in need live a better life.

Next Post Letter: Killing Nova Scotia by a thousand cuts