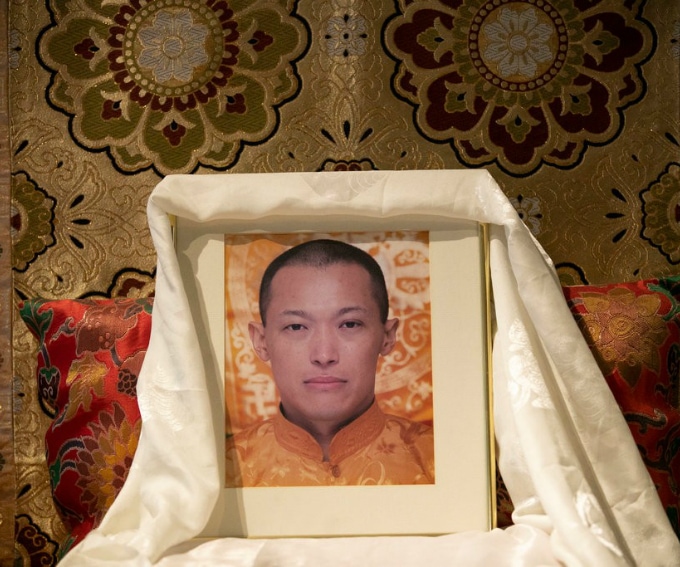 Even today, well over a year after the story broke, the face presented to the outside world, to people interested in meditation instruction and so on, is very much one of business as usual. Click here to buy Mipham’s wonderful books. Here is a program you can take. And don’t forget to check out Mipham’s YouTube channel.

I wrote about this code of silence, and its similarities with Shambhala’s stance when news broke that an earlier Shambhala leader, Ösel Tendzin, knowingly infected a young student with AIDS. That was in the days that a much younger me spent a lot of time at what was then Karma Dzong and is now the Shambhala Centre on Tower Road.

The questions I had then are still relevant today. How can you even begin to deal with these issues of abuse and arrogance, and recognize unhealthy structures of loyalty and devotion that allow such abuses to happen over and over, if for all intent and purposes you just want people to forget that such abuses ever happened?

Now an invitation to senior students to attend a Monarch retreat illustrates just how far the Shambhala organization continues to take this wilful ignorance. Although Mipham will not attend, his presence in spirit is central to the retreat.

The invite describes how the Monarch Retreat includes “receiving and practicing a heart transmission from His Majesty the Kongma Sakyong II (yet another title for Mipham) and a specially-designed Monarch Retreat shrine with a full portrait of the Sakyong.”

“In light of the disturbing events and conflicts in the mandala this year, it may seem surprising to be holding such a retreat at this time. Some might find it provocative. I recently attended this retreat at Dechen Chöling for my third time. There was a profound sense of tenderness and genuineness among the 22 participants as we each explored our deeply personal relationship with the lineage and with the Sakyong,” writes Cynthia MacKay, retreat host and Shambhala administrator.

All this before a Shambhala-sponsored report on the allegations is even published.

The invite to the retreat is published on a blog maintained by Matthew Remski, a Buddhist practitioner who is critical of Shambhala and similar hierarchical organizations.

In his post Remski also includes a response by Patricia J. Ullman, a former Shambhala administrator in the US. Ullman isn’t happy at all about the invite, and takes issue with its wording.

I am so sad and disturbed to receive this letter, in light of the abuse that has occurred and the many people who have been harmed.  As you say in your last paragraph, “this retreat will not be for everyone” – obviously it is only for those who wish to continue excluding and ignoring those many who are finally speaking out against duplicity and revealing what many like yourself wish to ignore.  Even when I thought I couldn’t be shocked any more, your letter is shocking and very disturbing, as well as unkind.

The ‘disturbing events and conflicts’ you allude to are actually sexual abuse and other forms of aggression, carelessness, unkindness, and greed.  They are not ‘conflicts,’ and they have caused immeasurable suffering and harm not only to individuals but to Shambhala and to Buddhism in general.  The continuing effort to cover it all over is part of the problem and perpetuates a ‘culture of blindness,’ a cultish allegiance and clinging to something that is full of holes, rotten from the inside.  The teachings of wakefulness deserve better.

It seems that Shambhala has forgotten its sense of decency and courage and has lost its ability to feel shame.  Shame on you for sending this letter, at this time. I don’t speak out very often but this is beyond the pale.

Previous Post Kendall Worth: Let’s see some real transformation for people on social assistance after hearing about it for five years or so