Unfortunately Nova Scotia media do not appear to be particularly careful about how it uses that power to shape the news. When we take a look at news stories on autism we find that they are often reported in a manner that is not at all sensitive to autistic people.

In the last few years, there have been guidelines developed for the news media on many different issues.  Some of the most prominent include mental health, suicide, and mass shootings.

There are also guidelines for reporting on disability issues from a variety of sources, and specifically, for autism.  However, I am not certain that the mainstream media in the Maritimes are aware that these guidelines exist.

Today I’m going to focus on a few areas where the media can do a better job of reporting on autism-related matters.

Too much focus on neurotypicals

The first problem is that in practically every news story about an autistic child, reporters only ever speak to the parents, some professionals, and staffers from Autism Nova Scotia.  The examples of this are limitless, but this CBC story, this one from the Cape Breton Post and this CTV story are perfect examples.

I have never seen a single such story where an autistic adult is consulted.

Now I understand why this is so, to a certain extent.  Where young children are concerned, the parents will always have a prominent voice.

But still, autistic adults have a great deal of knowledge to contribute to these conversations that neurotypical parents and professionals can never have.

Because we have the lived experience of what it’s like to be autistic.

To use a particularly egregious example, here’s a CBC story from last January on training for the RCMP on how to deal with autistic people.

The article opens as follows: “RCMP officers on Nova Scotia’s South Shore have been struggling with how to deal with an increase in violent outbursts from people with autism spectrum disorder or ASD.”

As Ontario autistic activist Sarah Kurchak pointed out via Twitter, this may only mean the police are getting more calls about outbursts, and not that autistic people are having more outbursts.  Furthermore, as Kurchak also says, stories like this recklessly paint a picture of autistics being violent very frequently.

And of course, not a single actually autistic person was consulted for the story.

Another major issue is that when the media does a story about an actually autistic person, there are only a few types of autistic people who get covered regularly. 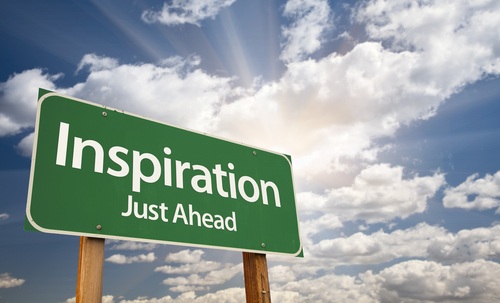 Tom, the autistic boy, is not interviewed at all.  And he can speak, so there’s no excuse for the reporter to not interview him.  (And even if he was non-speaking, he could still be interviewed, if he had access to an AAC device.)

Instead, the focus of the story is on Tom’s coaches and his brother Jeffrey.  In the interviews with Jeffrey, Tom is standing right next to him, not saying anything, and Jeffrey is talking about his brother as if he isn’t even there.

We’re certainly happy for Tom that he had this great experience, and we don’t know if any attempt was made to interview him.  Of course, maybe he didn’t want to talk on camera. But if that is so, my belief is: if the actually autistic person is unwilling to speak on camera, don’t do the story at all.

Another example of an inspiration porn-style story is this one from CBC in July 2017, about a 17-year-old autistic girl going to her high school prom.

The mother of Anne, an autistic girl, describes the various accommodations Anne required to be able to attend prom, and this is a good thing.  And everybody would certainly be happy that she had a great time at her prom. But once again, we don’t get to hear from Anne herself. As I just mentioned, maybe she didn’t want to speak on camera.  But as I’ve said, if we can’t hear from the autistic person themselves, either through AAC or oral speech, then the story really should not be done.

So how do we address this?

In addition to the ideas mentioned above, the most important thing reporters can do is ask the autistic or other disabled person about any accessibility needs they may have.  If those needs are respected, then the disabled interviewee will likely be much more willing and able to open up.

There aren’t many examples of mainstream media stories on autism done well, but the best one, in my opinion, is this profile of autistic activist Amythest Schaber.  Another good example is this one about a conference in New Brunswick for autistic adults, which was co-organized by Nova Scotia’s Patricia George-Zwicker.  These stories were so much better because the autistic people who were the focus of the stories were allowed to speak, and the non-autistic ones were less prominent.

Reporters should familiarize themselves with the guidelines mentioned above, and most importantly, they need to think about why they want to do the story, and what’s really important about the story.  They must also make every effort to make the autistic person as comfortable as possible so they can participate in the interview to the extent that they are able and willing.

The important thing to remember is that there are autistic people who are more than willing to be interviewed for news stories about issues that affect their lives.  This applies even in cases where they may not be the first ones reporters think to contact when setting up interviews.