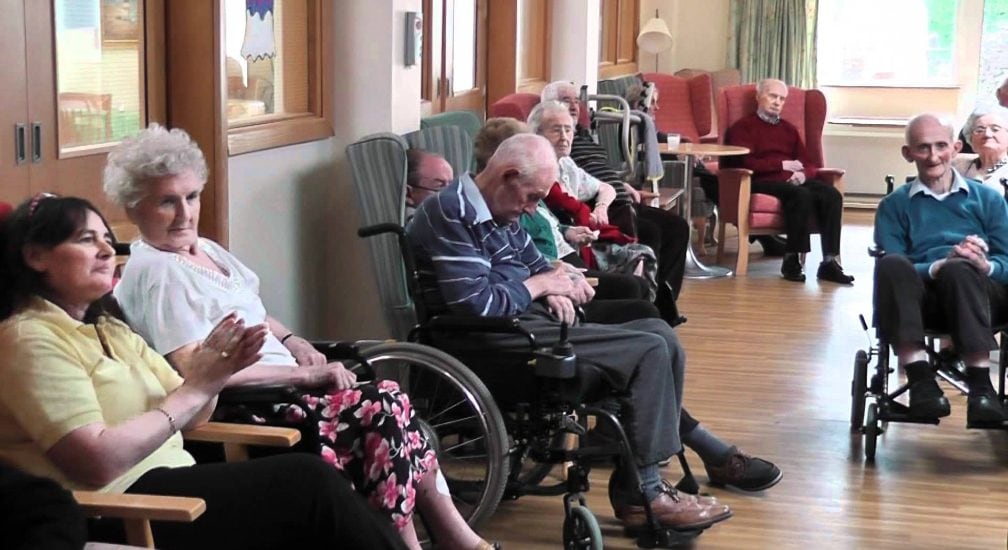 “Often I would find a dining room full of residents without anyone supervising. Or I would go into a corridor and there’d be ten or  fifteen people there, but no staff to be seen. One night there was no staff on the whole floor for 25 minutes. I stayed because I couldn’t find even one care person,” says Rudderham-Gaudet.

The family also felt compelled to have a part time nurse to assist the mother, since regular staff was unable to provide the care her mother required. This was on top of the 15-20 hours Rudderham-Gaudet would spend at the facility to take care of her mother herself. Supplementary care would cost something like $1000 per month, on top of the $6000 per month the family paid the facility for their parents’ care.

Long term care in Nova Scotia is in crisis, critics say. Facilities in Nova Scotia are understaffed, and a target of government cuts. Yet because patients tend to arrive at an older age, and thus with more advanced health issues, they tend to require more intensive care than ever before.

One day my mother was the same old, and the next day she couldn’t talk

“My mother was in a lot of pain. Then one day my mother was the same old, and the next day she couldn’t talk, she couldn’t lift her head, she would barely open her eyes, and she wouldn’t eat,” says Rudderham-Gaudet.

Eventually Rudderham-Gaudet’s brother, who has Power of Attorney over the parents, discovered that his mother was put on three milligrams of dilaudid, an opioid pain medication. Family felt that was too high a dose, administered too suddenly, But when Rudderham-Gaudet wanted to talk to a doctor she hit a wall.

“They wouldn’t tell me who the doctor was who issued the prescription. My brother informed the facility that he wanted this stopped immediately, but he was told that the doctor overruled that. They gave us the runaround and stopped us from talking with the doctor” says Rudderham-Gaudet.

Rudderham-Gaudet says that at the time she also contacted the people who administer the Protection for Persons in Care Act, legislation that deals with abuse of patients and residents. But she never heard back.

It wasn’t until the extremely worried family threatened to call the police that the medication was stopped.

Previous to this Rudderham-Gaudet’s mother was put on Risperdal, an anti-psychotic medicine. Its United States manufacturer warns  that Risperdal is not approved for use in patients with dementia-related psychosis and increases the risk of death.

As a result of the medication her mother couldn’t swallow. Rudderham-Gaudet complained, only to find out that the dosage had increased. Several times her mother was left without supervision while within reach of food, which Rudderham-Gaudet feels put her mother at risk of suffocation. Then the prescription was stopped.

A couple of months later the family received a call from an unknown person who alleged that the mother had been subjected to rough treatment by a caregiver at the facility.

The caller said that a nurse who was in the room while the incident occurred had called on the caregiver to stop. The anonymous caller also alleged that management told that nurse not to report the incident. The caller was not the nurse in question, but supposedly calling on behalf of that nurse.

Management later confirmed that an incident occurred, although it was suggested that the treatment hadn’t really been rough, and that the caregiver was facing challenges.

Once again Rudderham-Gaudet complained to the people in charge of administering the Protection for Persons in Care Act. She received a letter back stating that circumstances were not sufficient to warrant an investigation.

Management later told her that the accusations against the caregiver were unfounded.

Whatever really happened, to receive a call like that about your mother is bound to be upsetting. What took place remains a mystery to Rudderham-Gaudet. “I never got an understanding of what happened,” she says.

Rudderham-Gaudet used to play the piano for residents at the home as often as three or four times per week. “Residents just loved it, staff loved it because it was helpful, so in a sense I had a great relationship with staff and management,“ Rudderham-Gaudet observes.

That all changed after the incidents described in this story, and further escalated after Rudderham-Gaudet’s parents moved to a different facility.  Rudderham-Gaudet, feeling attached to the residents she had befriended, was eager to continue the concerts and visits. But it was not to be.

“I received an email after my parents were moved, saying that we don’t want your volunteer services. If you want to visit a resident you can only come to the front lobby and we will bring that resident down to the lobby,” Rudderham-Gaudet says. “I was in shock.”

Once again Rudderham-Gaudet turned to the Protection of Persons in Care Act, which forbids retaliation for reporting abuse. Once again her complaint went nowhere.

When she ignored the directive, and played for the residents again, the facility told her to stay away, and that police would be called if she didn’t.

“I really miss those people who were my friends,” Rudderham-Gaudet says.

“In memory of my mother, and those that don’t have anybody, I want to encourage other people to not abandon their loved ones,” she says.

Gaudet requested that we do not identify the facility in Halifax where her parents lived. She believes the challenges her family  faced trying to ensure her mother was well looked after are not unique to this one institution. She still holds many workers there in high regards.

None of Gaudet’s allegations have been proven. The Government and nursing home administrators are constrained by provincial legislation and do  not comment on specific cases for reasons of privacy and confidentiality.

In a 2013 Chronicle Herald story administration of the facility in question asserted that the hiring of a private nurse is seldom necessary, and that the facility received an exemplary status from Accreditation Canada, which looks at nursing care across the country.

Gaudet’s parents moved to a different facility, where her mother passed away and her father still resides. Things there are a lot better, she tells us.

Next Post Kendall Worth: My caseworker questioning my doctor is a human rights violation